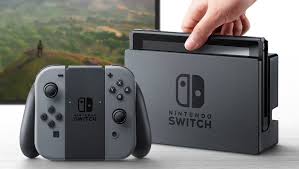 The Nintendo NX has been revealed to be Nintendo’s newest console/portable hybrid called Nintendo Switch. The first trailer for the console gives us a glimpse on how the system works:
The Nintendo Switch does seem to function like a typical console when plugged into a dock which is plugged into your HDTV. The magic happens when you “switch” over to portable mode where you take the console out of the dock where it becomes a PS Vita like portable.

The Nintendo Switch seems to allow you to play with just the portable screen and 2 detachable controllers, you can even connect it with other Switches to create a 2 on 2 system like what the trailer showed for what seemed like NBA 2K (This alone makes me giddy, finally a portable version of NBA 2k). The Switch also seems to allow you to bring your settings and saves over when you dock on your own tv or on another dock. How does this work is not really explained though.

Games such as Skyrim, NBA 2k and Mario were seen being showcased and that is enough for me to be super excited for March 2017, the release window of the Nintendo Switch. Hopefully this is the console where Nintendo manages to bring back the big third parties while still cranking out their masterful first party titles. Zelda alone would be amazing on this new system, although Pokemon and Splatoon would also be bonkers.

So far, i haven’t seen any specs on the Nintendo Switch but hopefully it does add some hardware muscle so it at least could do 1080p smoothly. That would be amazing for me, even if i just got a 4K TV.

Whew, I predicted that Nintendo will come out with something like this on Facebook and it did happen. I based my guess on what what rumored and what was said by Third party publishers who have been interviewed for the NX. I’m happy and if the hardware can do what i think it can do based on the trailer then you have my money, Nintendo. Thanks for making us broke again.

UPDATE
As per Forbes Games, here are the publishers confirmed working on Nintendo Switch Games: 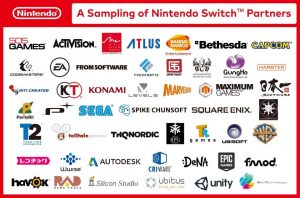 Read the Nvidia Tech behind the Nintendo Switch: https://blogs.nvidia.com/blog/2016/10/20/nintendo-switch/