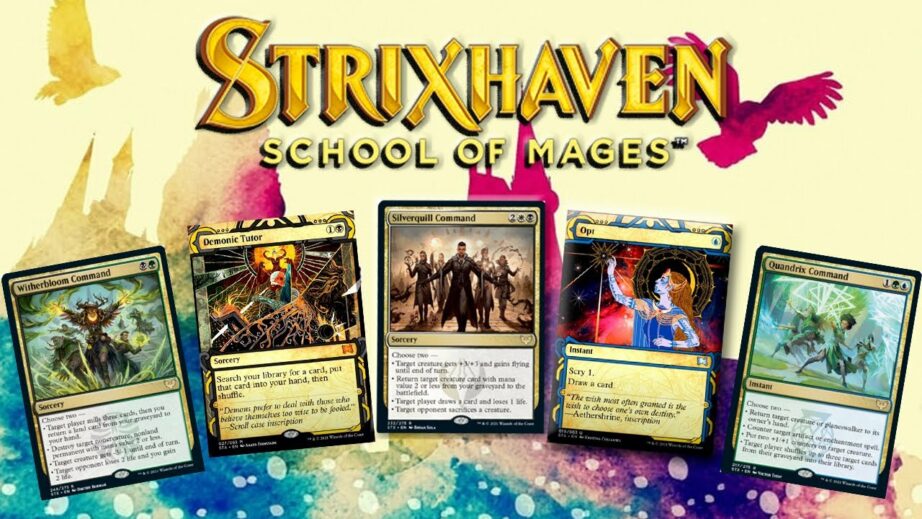 Here is a Korean Strixhaven booster box opening video by ????tv on Youtube:

Some of the more spicy pulls from the Strixhaven box opening video above were non foil Beledros Witherbloom, non foil Teferi’s Protection, and fullart Mila, Crafty Companion. After opening a couple of collectors packs, you get to see them open up an etched foil Swords to Plowshares and an etched foil Inquisition of Kozilek but that Japanese Alternate Art FOIL Opt looks much more beautiful in my opinion.. I also do now kinda realize that JPN box openers will have tons of those Mystical Archive cards surely driving their prices to the ground.

Next is is another Strixhaven Booster Box opening, this time a Japanese Booster box by Magic4ever

Magic4Ever’s video did something similar to what The Professor and others has done on their respective Magic The gathering YouTube channels: Open up a booster box of the latest MTG expansion, crack packs and then see if you managed to get back enough value to recover the box’s price. Some of Magic4ever’s spicy pulls include non foil Professor Onyx and full art Velomachus Lorehold. Be sure to check out his other Strixhaven booster openings as he has uploaded not, not two, but three more STX Booster Box opening videos to YouTube.

On Strixhaven’s release day, I probably will have 2 cases of the Japanese Strixhaven booster boxes. I was thinking of opening them up, documenting them by capturing video and then uploading it to YouTube. I do plan to sell what I opened up to the local Philippine MTG community especially those looking for those Japanese alternate art, and then hopefully have earned enough money from that to do it again for the upcoming Modern Horizons 2 or the Adventures in the Forgotten Realms Dungeons and Dragons Themed MTG set. Why so many products, WOTC? sigh.