The Diablo 4 release date was just announced on the 2022 Game Awards and will launch simultaneously on PC, PlayStation 4, PlayStation 5, Xbox One, and Xbox Series X on June 6, 2023.

After years of waiting, Blizzard has finally given us a specific date on when Diablo 4 is going to launch. Diablo is one of those game franchises where i have literally spent thousands of hours on. I played the first one obsessively in college and spent countless sleepless nights due to Diablo 2 Lord of Destruction. Diablo 3 was more streamlined and vibrant vs the first 2 games and while it scratched an itch, it wasn’t the evolution to D2 i was hoping for. Other action RPG games like Path of Exile have filled a part of that but having Diablo 4 closer to release is a dream come true.

We all can preorder Diablo 4 here: https://diablo4.blizzard.com/en-us/#pre-purchase 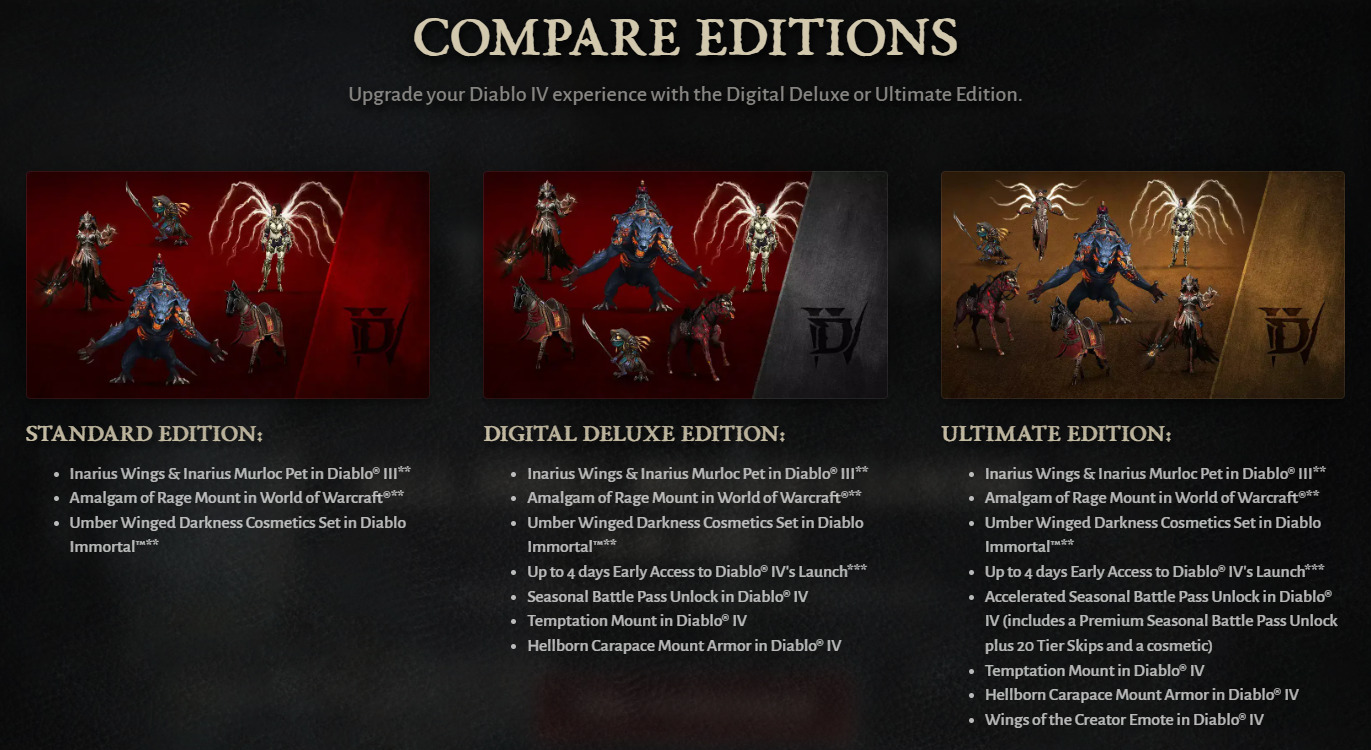 Here is Blizzard’s breakdown of those editions: