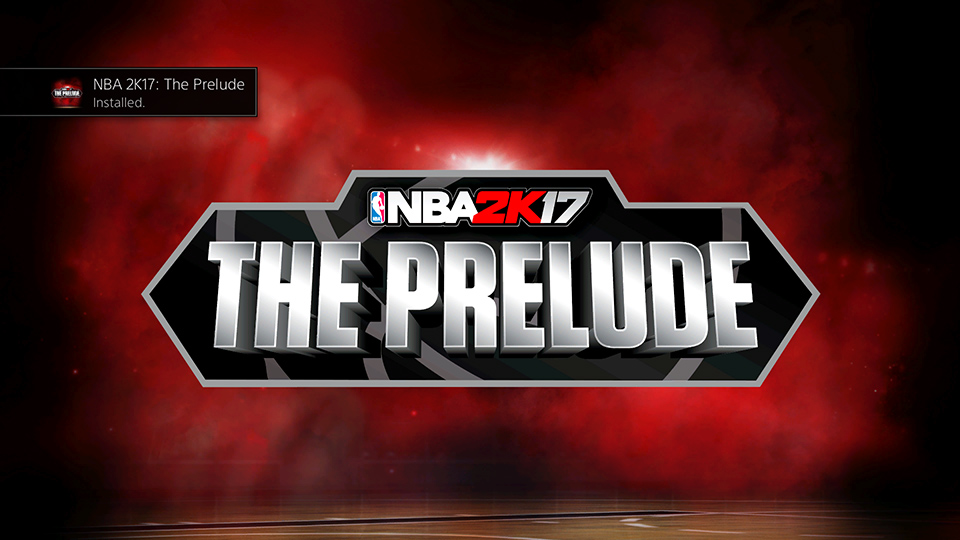 So i managed to download NBA 2K17 The Prelude demo off the US Playstation store yesterday, took me until this morning to download approx. 15-17Gb in total files. You start by downloading around 4gb for the 2KU section which teaches you the basics of 2K basketball disguised as a 5v5 pickup game in a gym. Once you have that to play around with, the game downloads the remaining 14Gb or so of the Prelude package.

NBA 2K17 The Prelude is basically a demo of what you will experience in the new MyCareer in NBA 2k17. The new myCareer is less “dramatic”, i would say, than last year’s as helmed by Spike Lee. Which is a good thing in my opinion as it focuses more on the basketball side of things rather than the drama off of it. The Prelude start off with you creating your new player: Whew, there are a ton of new options this year, more presets including for asian and caucasian players, as well as choosing an archetype. An Archetype basically forces you to be good in some areas while limiting you in others, which helps us avoid players with 99 in all of their stats. Do you play more as a slasher? shooter, or do you prefer to be more of a rebound/defensive guy? Hopefully this archetype will result in more balanced players especially online, where you need to assume a role rather than be everything on the court.

You can again also scan your face using the new NBA 2K17 App on the Appstore or Google Play. Simply download the app, scan your face and upload it to the server. Nice connection between the app and the actual game there. Much efficient as well rather than using the PS4 camera (which i assume will also be an option in the full game? maybe.)

Once you have chosen your look, you will then be thrown into the meat of the demo which is playing up to 5 High School/College games and a cool bonus game after that. I said UP TO 5, because if you lose then you basically reached the end of the demo. So winning each game is important, the first one is in HS where you should just be flat out dominating, then to college where your draft stock is affected by your performance. Have a A+ performance while winning the championship? Probably top pick material right there.

One thing about this demo is you can only play through it ONCE! as in 1. UNO. ISA. So you better bring your A game or its going to be a very short demo. NBA 2K17 The Prelude prompts you to preorder the game or continue the game assuming the NBA 2k17 disc is already on your PS4’s drive.

Gameplay-wise, the game feels smoother this year. I also have seen new animations for on ball and off ball movements like there are times when the rebounding action gets messy and the ball bounces around like in RL. The controls seem more responsive and the shooting mechanics seem more fluid. I like the new options in passing as well.

The Prelude is a good, if highly limited, demo of NBA 2k17. I wish we could replay games or careers especially with the 17gb download size but beggars can’t be choosers, i guess.
Having said that, I cant wait to experience all the new features and options in the full release of NBA 2k17 in a week’s time as we got our preorders checked in.

I hope to do a unboxing of the NBA 2k17 Kobe Bryant Legendary Gold Edition for the PS4 once i get my hands on it. See you then!