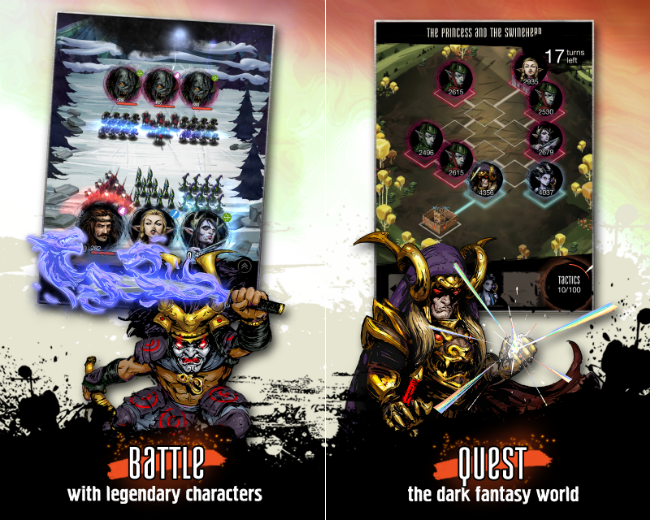 The sequel to Mobage’s and Dena’s mobile strategy game Blood Brothers is now available on Google Play!
Revisit the dark fantasy world of Arnashia with Blood Brothers 2, and experience a tale of allegiance, betrayal, ambition, and revenge.

A century has passed since the time of Blood Brothers. The tales of Galbraith and his vampire armies are now but a faded legend. The peoples of Arnashia celebrated their peace and freedom under the newly formed power, but not for long. When the new generation proved to be less capable of ruling, war is again on the horizon as discontent parties are no longer willing to lie low. Old alliances were broken, and new ones formed overnight. In this age of chaos, whom do you trust, and whom do you destroy?

Blood Brothers 2 FEATURES
? RELIVE THE FANTASY:
Fight alongside your favorite Blood Brothers characters once more, and return peace to Arnashia.
? CREATE DEADLY ARMIES:
Form pacts, evolve your warriors, train your troops and create the strongest army Arnashia has ever seen.
? CUSTOMIZE YOUR WARRIORS:
Research new technologies and dawn your warriors with customizable gear to unlock their full potential.
? BATTLE WITH FRIENDS:
Engage your friends in the thrilling synchronous PvP mode and put your army to the test.
? DIPLOMACY OR DEATH:
Use your skills of diplomacy to recruit enemies, or crush them entirely – the choice is yours!