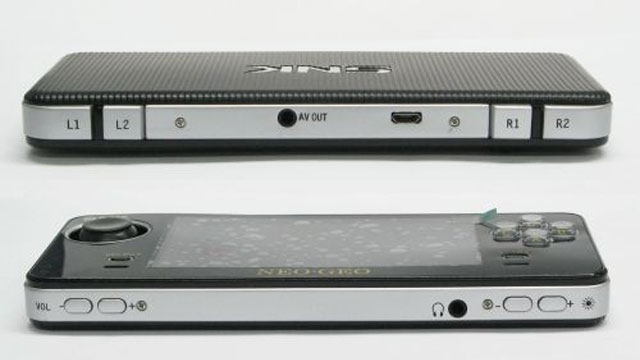 It looks like SNK Playmore is alive and kicking. The Osaka-based game company is licensing a new portable Neo-Geo gaming system. Remember the NeoGeo? It’s gaming machine promising 24bit games during the heyday of the 16bit SNES by Nintendo. [Neogeo wiki]

Here’s what the Portable Neogeo is supposed to look like: 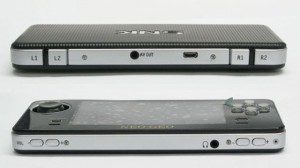 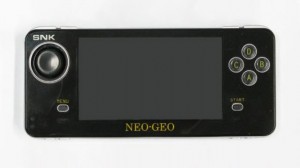 The Neogeo portable is larger than an iPhone or your typical smartphone. The back reads “SNK”, while the top has an AV Out slot, L1/L2 buttons, and R1/R2 buttons. The front reads “SNK” and “Neo-Geo”. There is a “Menu” button and a “Start” button. The face buttons are A, B, C, and D. The side of the portable has a power switch and, as previously mentioned, an SD Card slot (for saves? for games?)

There are also volume controls, a slot for headphones, and brightness buttons.

Hopefully, SNK can come out with an official word regarding this portable gaming device.