IGN has reported that the next Xbox will ship to retailers in late October or early November of next year with six times the processing power of the Xbox 360, according to sources close to the project. 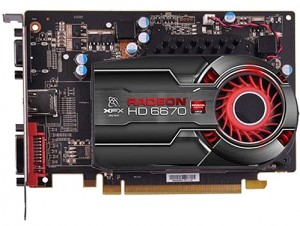 Following initial reports from tech blogs Fudzilla and SemiAccurate, IGN’s sources have confirmed that mass production of the system’s GPU will indeed begin by the end of 2012 but will not, however, be based on AMD’s 7000 series Southern Islands GPU. Instead, the processor will be derived from the 6000 series, which was introduced last year. More specifically, it will be akin to the Radeon HD 6670, which offers support for DirectX11, multidisplay output, 3D and 1080p HD output. The chip currently has a market price of upwards of $79.99.

In real terms, the Xbox 720’s raw graphics processing power is expected to be six times that of the Xbox 360 and will yield 20-percent greater performance than Nintendo’s forthcoming console, the Wii U.

Developers are likely to receive development kits based on the system’s final configuration in August. Projected pricing for the console was not provided.