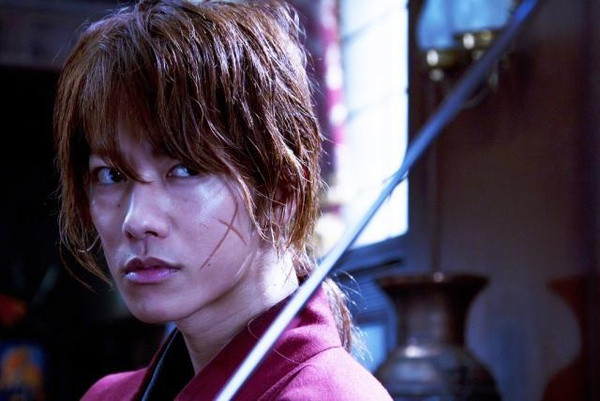 The live action Ruruoni Kenshin film stars Takeru Satoh as Kenshin Himura and Emi Takei as Kaoru Kamiya. The film will be released in theathers throughout Japan on August 25, 2012.