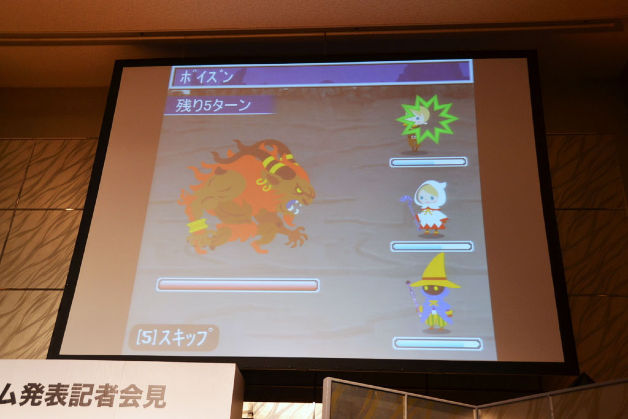 Final Fantasy Brigade is the new social network game based on the legendary RPG series by Square Enix.
Gameplay specifics haven’t been announced yet, but we can make some guesses from the screens. Early Final Fantasy Brigade screens with all the character art says that the game will have many of the summons and jobs from past FF games. Familiar summons such as Bahamut, Ifreet, Shiva and Odin will be in the game.

Square Enix shared the background story behind Final Fantasy Brigade: Long ago, the country was protected by two crystals. However, one was broken and scattered throughout the world following a monster invasion. The other lost its glow. Only the ancient summon beasts can return the crystals to their original shine, and it’s up to you to travel to the world below on your air ship and show the summons your power. Not exactly award winning but works for me…

Each player in Brigade has an air ship. Together with other players, you form a brigade of air ships. You’ll have to take on quests and earn experience to make your brigade more powerful. Final Fantasy Brigade promises “simple game progression” where players team up with FF-ish allies and move through “the Final Fantasy world” (what a “Final Fantasy world” is isn’t clear). As you advance through the world and the fields of play on quests, you’ll get abilities and jobs.

Square Enix will begin a closed beta for the game in the middle of Dec 2012. Official service will begin on feature phones later in the month.