ArenaNet has vowed to never sell Guild Wars 2 players anything “evil” in the Guild Wars 2 microtransaction cash shop. And by “evil”, the developer means anything that could make a character more powerful. But based on experience, a lot of Free to Play games earn money due to “shortcuts” such as boosts and items that make you more powerful in-game. We’ll see if ArenaNet’s gamble pays off especially in the Philippines. 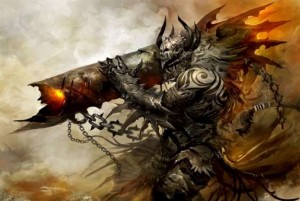 “Correct, there is a cash shop that we run for the game,” Guild Wars 2 lead content designer Colin Johanson told us at the Eurogamer Expo 2011. One really important thing to note is, we don’t ever sell anything in there that makes your character more powerful. That’s really important to us. We like to do the – we like to call it the Is it Evil? test. Every micro-transaction that we do in the game, we have everyone in the company look at it and say Is it Evil? Is it really something we should be selling? Generally, the stuff in our store is purely cosmetic; it’s bonus stuff, it’s extra stuff you can get if you want to, but it’s not stuff you have to buy to play the game.”

Guild Wars 1 famously carried no monthly subscription at a time when they were rife. Costs for Guild Wars was recovered through sales of the game and its expansions and, later, through the microtransaction cash shop.

But Guild Wars 1 was a far smaller project made by far less people. Guild Wars 2 has the salaries of hundreds to pay, as development approaches a fifth year. Recouping the costs associated with Guild Wars 2 will be harder.

“We not just hope, we believe a lot more people will play Guild Wars 2 than they did Guild Wars 1,” declared Johanson. “And we think that that will offset a lot of the development costs in itself.”

“We certainly are putting a lot more work into having more things available in our online store. The Guild Wars 1 store worked for us, it’s been there the whole time, but it didn’t have a ton of stuff in it. The Guild Wars 2 store we’re working on having more stuff for you to pick from to buy. If people want to support our company and want to purchase that stuff,” he added, “there will be more options for them to do so. And it’s totally up to them.

“We anticipate that that will help us, too.”