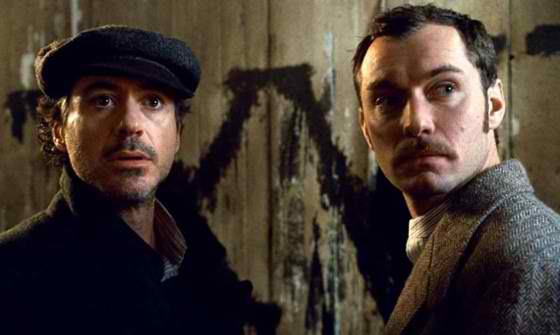 Sherlock Holmes: Game of Shadows, also known as Sherlock Holmes 2, is an upcoming 2011 action mystery film directed by Guy Ritchie and produced by Joel Silver, Lionel Wigram, Susan Downey and Dan Lin. Sherlock Holmes 2 is the sequel to the 2009 film Sherlock Holmes based on the master detective character created by Sir Arthur Conan Doyle. Based on the scenes we saw of Sherlock Holmes 2, expect the same daring and occasionally funny situations Holmes and Watson get into including a scene where Holmes needs to wear women’s clothes as a disguise and the introduction of Holmes’ elder brother Mycroft Holmes. 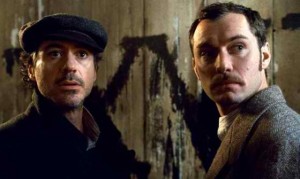 Sherlock Holmes 2 screenplay is by Kieran Mulroney and Michele Mulroney while actors Robert Downey, Jr. and Jude Law reprise their roles as Sherlock Holmes and Dr. John Watson, respectively, as the duo track down and try to stop their most cunning adversary, Professor Moriarty. Dont worry, the second Sherlock Holmes movie will be a standalone story and will reportedly take place a year after the events in the first film.