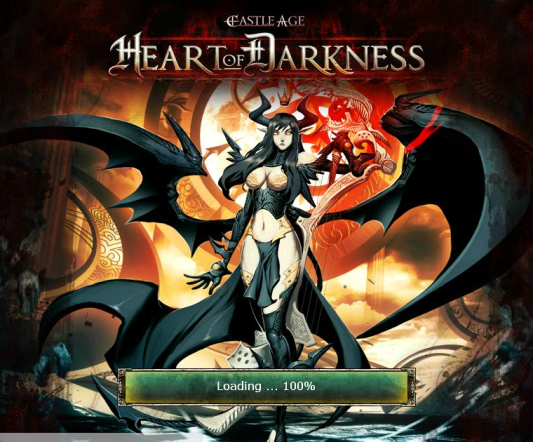 Castle Age: Heart of Darkness follows the same basic principles of its parent game in terms of calculating how your character build is geared towards, whether it be PVP or Questing. You need to understand the concepts of Battle Strength Index (BSI) and your Leveling Speed Index (LSI) in order to do understand how each build is calculated or created. I’m going to quote some popular sources of information, most notably Hrfan’s Castle Age LSI/BSI Information guide:

What is BSI, LSI, and the Power Stuff?

Your BSI is an indicator of how many stat points per level you’ve put into Attack and Defense, the two primary battle stats. It can be useful for making choices concerning your own build, and somewhat less useful for comparing builds. It will not tell you clearly if you’re going to win any particular fight. It’s generally accepted that a BSI of 5 is about where a build starts being classified as a good PVP build. Roughly, these are the broad ranges that have been named:

Castle Age: Heart of Darkness Build Comparison Guide
2 and lower –> Waving as they fly past in levels
3 to 4 –> Monster Hunter / Quester
4 to 5 –> Hybrid
5 to 6 –> PVP Build
7 and higher –> Already chaining people way better than you

Now, we certainly have DSU members who have serious PVP records and yet this chart wouldn’t consider them to have a PVP build. We also have members with hardcore PVP stats who deal some serious monster damage.

Similarly, the Leveling Speed Index is an indicator of how many stat points per level you’ve spent on Stamina and Energy, the two primary stats that are used to generate Experience Points. Since there’s a lot of choice in how you spend those points, actual leveling speed can vary quite a bit. However, it’s been estimated that it breaks out something like this: 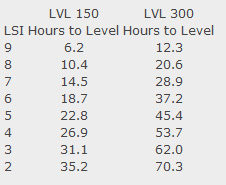 The assumption in the above chart is that you’ll earn an average 1.4XP per energy point, 2.2XP per stamina point and that Energy and Stamina are equal. I do a lot better than that average, on most days. This chart isn’t meant to tell you exactly how long it’s going to take You to get to the Next Level. For that, you’ll have to dig into the math a bit further. Instead, try to look at the general trend and LSI’s impact on leveling speed.

If you accept the argument that increasing your Health is a trap the developers set for new players (and I do) then your meaningful stat points per level can be found by adding your LSI and BSI scores. An informal poll of the main forum shows that most players have a combined score of about 8.5.

Powers are better than BSI for determining battle effectiveness because it is your actual ability to to attack or defend. BSI is more of a guide to determine how many points per level you have spent on pvp stats. This is only a good indicator of prowess versus someone with your level range; although, a high BSI at level 200 may give you the ability to fight the average BSI level 300.

(Attack+(Defense*.7))= Attack Power – Your ability to attack.
(Defense+(Attack*.7))= Defense Power – Your Ability to defend.
((Apower+Dpower)/2)= A/D Average Power – The average of the two, which is probably the best way to compare with others.

Disclaimer: As of now, the battle formula may have changed slightly. This is still a good way to compare, but may be slightly inaccurate. The formula is being retested right now, and I will update if the tests prove that it has changed.

Disclaimer: Again, this is a generalized way to standardize the discussion concerning character builds that may be useful to you. Try not to get caught up in the terms and always keep an eye toward your individualized goals within the game. Always keep a suspicious eye on anybody who offers you stat advice. Their advice is likely full of garbage, and that player is probably out to get you. In fact, you’re probably already bookmarked.