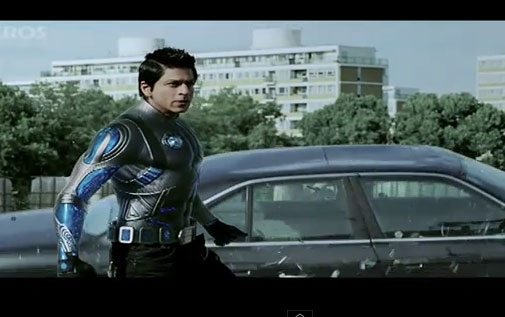 News is that a Sony development team in the UK is working on a game adaptation of upcoming Indian Bollywood sci-fi flick Ra One. The film, which stars Indian actor Shah Rukh Khan (i love his name BTW, sounds badasss), will see its videogame version released on both the Sony PS2 and PS3, the latter as a downloadable PSN title. If you haven’t seen the awesomeness/absurdity of it, watch the Ra One trailer from youtube:

Players can take control of Ra One, the movie’s hero, or GOne. Personally, i think Ra One the movie looks like the Matrix + Mass Effect on some kind of concoction. The Ra one videogame is scheduled to be out by September.