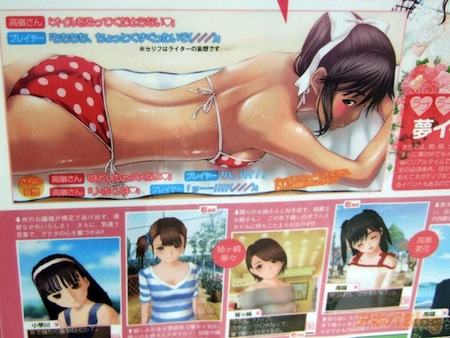 New Love Plus will be the first Love plus game for Nintendo’s 3D Handheld. According to producer Akari Uchida, New Love Plus is a new title and all ingame areas have been redeveloped. Unsurprisingly, Love Plus girlfriends Manaka, Rinko and Nene are all returning for this version. New Love Plus screenshots in Japanese gaming magazine Famitsu show the girls in Fall clothing, which maybe due to the game’s Fall 2011 release date.

Other new details mentioned in Famitsu include:

Here’s the best feature: New Love Plus will have a mode where you introduce your girlfriend to your parents — your real life parents. Uh, Awkward…

New Love Plus for the Nintendo 3DS ships in the Fall of 2011.