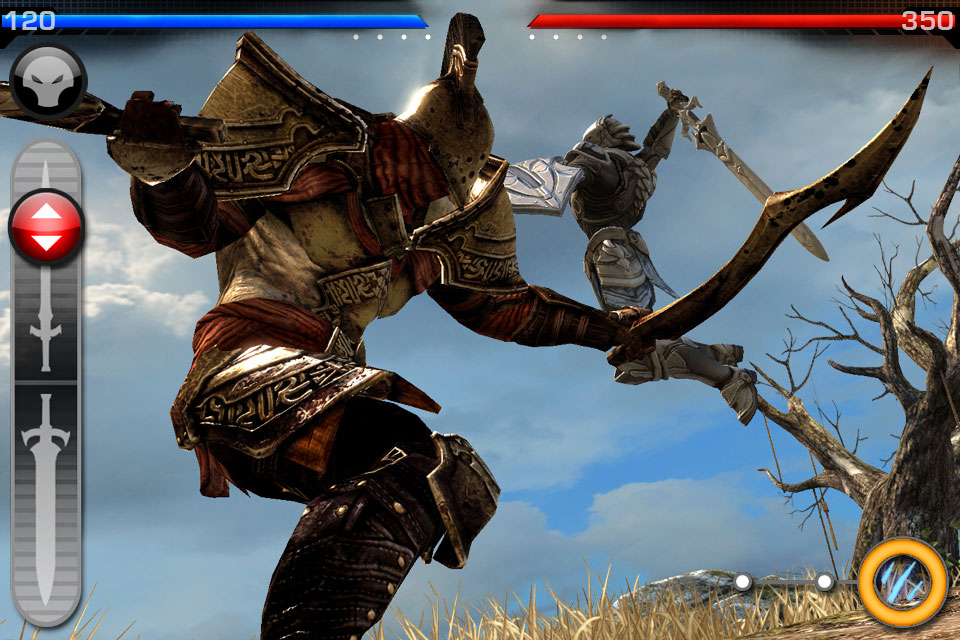 Cary, N.C. and Salt Lake City, Utah (May 19, 2011) – Epic Games, Inc. and its award-winning Salt Lake City-based development studio, ChAIR Entertainment, today launched “Infinity Blade: Arena” on the App Store. The latest free content update further extends the original experience with the addition of all-new game play modes, including the highly anticipated multiplayer mode, which allows gamers to battle their friends via Game Center. To celebrate the release, Epic Games is announcing a temporary promotional sale that reduces the price of “Infinity Blade,” allowing gamers to purchase the “Mobile Game of the Year” for just $2.99 for a limited time.

Launched in December 2010 for iPhone, iPad, and iPod touch, the sword-fighting action adventure Infinity Blade quickly became one of the most popular games ever launched on the App Store. Developed by Epic Games’ ChAIR Entertainment and powered by Unreal Engine 3, Infinity Blade raised the bar for handheld gaming and received numerous Editor’s Choice and Game of the Year accolades, as well as the “Excellence in Design” Award at the 2011 International Mobile Game Awards.

“We’re really excited to introduce the new multiplayer component of Infinity Blade and think fans of the game are going to have a blast as they battle against their friends all around the world,” said Donald Mustard, creative director of ChAIR Entertainment. “With the additional content and new game play modes gamers have more ways to enjoy the game and even more reasons to recommend it to their friends!”

Founded in 2005, Salt Lake City-based ChAIR Entertainment is a subsidiary of Epic Games, Inc. Most recently, ChAIR introduced the action, sword-fighting adventure, “Infinity Blade” for iOS. “Infinity Blade” raised the bar of handheld gaming and received numerous Game of the Year and Editor’s Choice Awards. Prior to that, ChAIR released the modern and masterful side-scrolling shooter, “Shadow Complex,” published by Microsoft Game Studios exclusively for Xbox LIVE Arcade. The critically acclaimed “Shadow Complex” received multiple E3 and Editor’s Choice Awards and was named Game of the Year by more than 40 media outlets. ChAIR is also responsible for the award-winning underwater action-shooter, “Undertow,” released in 2007 for Xbox LIVE Arcade. Additional information on ChAIR can be found atwww.chairentertainment.com. Follow @ChAIRGAMES on Twitter and “Like” ChAIR Entertainment Group on Facebook.

Epic Games, Inc., based in Cary, NC and established in 1991, develops cutting-edge games and cross-platform game engine technology. The company has created multiple million-selling, award-winning titles in its “Unreal” series, including “Unreal Tournament 3” for PC, PlayStation®3 and Xbox 360®. Epic’s “Gears of War” franchise has sold more than 13 million copies worldwide and won more than 50 Game of the Year awards. Epic’s Unreal Engine 3 is the five-time winner of and Hall of Fame inductee for Game Developer magazine’s Best Engine Front Line Award. Unreal Engine 3 has also held the Develop Industry Excellence Award in its category for the past three years. Additional information about Epic can be obtained at http://www.epicgames.com.