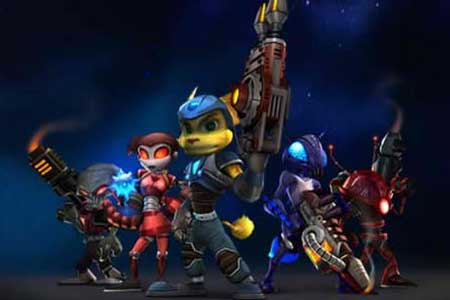 Insomniac Games, creators of Resistance and Ratchet & Clank, today announced a new division called Insomniac Click, which will be dedicated to creating web/mobile games most notably on Facebook.

“Insomniac Click is an expansion of the company rather than a shift,” said Brian Hastings, Chief Creative Officer at Insomniac. “With the exception of myself, everyone working in the group has been newly hired specifically for their expertise in this space. All our existing teams are still 100% dedicated to making unforgettable AAA console experiences with our proprietary blend of double rainbows and awesomesauce.”

Hastings called the move a “pragmatic necessity,” saying the gaming landscape is changing faster now than it ever has in its existence. “More people are playing games every day than ever before and the kinds of games they are playing are diversifying more rapidly than ever,” he said. “The whole game industry is in the midst of what appears to be a sea change. But with this change comes some of the most exciting challenges and opportunities we’ve ever had.”

Insomniac believes today’s “core” games are simply becoming too complicated for an audience that doesn’t grow up with gaming. “You need to be able to simultaneously control two analog sticks and eight to 10 different buttons to clear the first level. Games didn’t used to be that complicated,” Hastings added. “As a result, the games with the highest production values are simply impossible to play for the vast majority of people in the world.”

“Insomniac Click is dedicated to taking the qualities that define our brand – deep worlds, rich stories, accessible gameplay – and applying them to new game experiences that anyone in the world can play.”