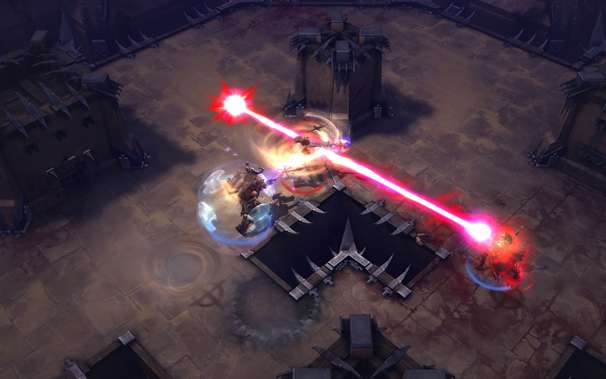 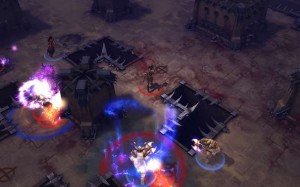 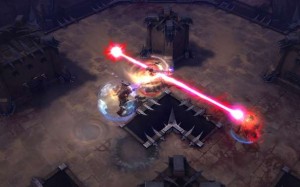 Back at BlizzCon 2010, there were plenty of happenings going on that filled up the days: Cataclysm wasn’t far away, Diablo 3 had some major announcements, and even Starcraft 2 stole some of the show with their new and upcoming game mods. We ate everything up like a ravenous glutton, but even a glutton can inhale so much that they miss something. Sadly, by the time the dust settled, we had managed to miss playing the brief PvP demo that Blizzard had set up for Diablo III as most of our time in Diablo 3 was chewed up with the Demon Hunter. Luckily, we ventured down to the hallowed halls of Blizzard Entertainment recently to fix that oversight.

Instead of playing against random convention attendees, I was pitted against the development team, including people like Senior Game Designer Jason Bender, PVP Elements Producer Elizabeth Cho and even Game Director, Jay Wilson. These are the folks who work on the game, and who also apparently enjoy handing people their asses. Which did happen several times.

While the build was the same as it was at BlizzCon last year, seeing it up close and personal shows the potential of putting the Arena system into the game. Toiling and grinding through the realms of Diablo can become pretty tedious, and sometimes you’ll need a place to vent that frustration. This is perfect for that outlet, and it trains you in the effective use of your skills and abilities as well. Think of it as the X-Men’s Danger Room or the training simulation from the Matrix, without all the holograms and fakery.

So what is it? Arena is a place where you can battle other players without consequences. Your corpse won’t get looted, and you won’t drop a level. Developer Jason Bender said they may be supporting leaderboards and other ways to rank players in the Arena, but you won’t be heading in there to find epic trinkets. “We don’t want this to be the way you get loot,” Bender said. In fact, the only real consequence of Arena is the hardcore mode, where if you fall in battle … your character gets erased forever. It’s pretty much just for bragging rights, but Bender said they may explore some way to entire players into Hardcore Arena battles. With Battle.net and their love of decals, I imagine that’s where something will appear.