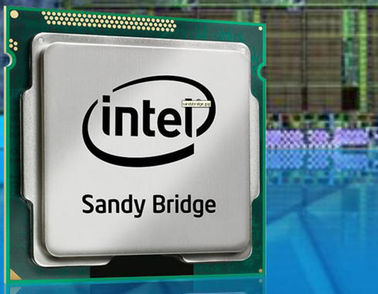 Intel’s new CPU/processor family codenamed Sandy Bridge (Second Generation Core i3/i5/i7) is poised to set the gaming world by storm once it is released this year due to its superb performance, integrated graphics core and competitive price.

The new graphics core, when combined with a chipset that supports video output ports (the H67 and Q67 chipsets), will be supporting Blu-ray 3D output over HDMI 1.4a, more video-processing options to enhance playback, and for laptops equipped with Wireless Display, full 1080p to a WiDi adapter hooked up to your TV. The one thing experts say they would like to see with Sandy Brodge is a Nvidia Optimus type GPU switch where you can switch between your PSU busting graphics card and swicth it back to the Sandy Bridge when not playing games or 3d intensive applications.

I’m sure that gamers and those planning to upgrade their PCs this year will want the best at each price level so check out some second generation Sandy Bridge Core i3/i5/i7 benchmarks from around the web:

Maximum PC says: “People will look for a lot of reasons to hate Sandy Bridge: Overclocking is limited to the K parts, you have to buy a new board, and the graphics core is switched off once you install a GPU. But once you get to raw, ripping performance, it’s hard not to gush over Sandy Bridge. Frankly, it’s an astounding amount of performance for the money.”

Anandtech writes: “With Sandy Bridge next year you’ll get higher clock speeds, more performance per clock and reasonable integrated graphics at presumably the same prices we’re paying today. What’s even more exciting is the fact that what we’re looking at is just mainstream performance. The high end Sandy Bridge parts don’t arrive until the second half of 2011 which add more cores and more memory bandwidth.”

PC Pro writes: “Currently, Sandy Bridge has no presence at the lightweight end of the market, with even the cheapest Core i3 approaching £100. And you can bet that AMD will rejig its prices so Intel’s mid-range chips find themselves head-to-head with older Phenom II X4 and X6 parts. Towards the upper end of the range, however, there’s no technology on the market that can match the performance of the new Core i5 and i7 chips – in light of which they’re embarrassingly affordable. In short, Sandy Bridge destroys the old bang-per-buck curve, and redefines what we can expect from a mainstream desktop, or, we fully expect, a laptop. Intel has done it once again”

Tweaktown says: “What we’re really seeing here today, though, is that if you’re a gamer, you don’t need to pair that $500 US video card up with a CPU that costs twice as much, especially when you look at stock speeds. And while we haven’t looked at overclocking in this instance on the new P67 platform, initial testing has shown some very strong promise and we’ll be offering you all these results soon with both the 2500K and 2600K overclocked as high as possible on our Noctua coolers.”