Korean game developer CCR has just announced that its famous sci-fi MMO RF (Rising Force) Online, which is published in the Philippines by online games company Level Up!, would be developed into a product on the iPhone platform in order to grab a share of the Korean cellphone game market. 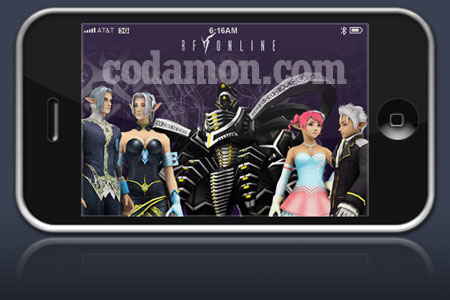 CCR has reached an agreement with Korean mobile game developer LEMON to develop a mobile online game based on RF Online. The game is expected to launch an alpha test in the second half of 2011. CCR says that RF Online for mobile phones will enable players to enjoy simple and fast controls and the game graphics will be specifically tailored for the iPhone platform with the hope of ensuring both iPhone users and computer users interesting game content. Does this mean that there is will be connectivity between the two RF Online versions? We still do not know.

CCR has reportedly signed with LEMON last September and hopes that the mobile version of RF Online will also be delivered to the USA, South Korea and other regions next year. Hopefully, that includes the Philippines as well.