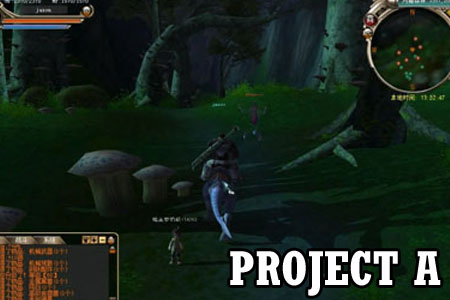 Check out a Singaporean company’s attempt at making a 3D MMORPG below. Remember the time when we had a Filipino made PC game called Anito come out? Well, Im personally waiting for the first 3D MMORPG (Source? Possible. Unreal? I highly doubt it. CryEngine? Dont get your hopes up.) made by Pinoys to be released. (sorry, Bangu Bangu Mania). Project A’s Closed beta has been scheduled for the 4th Quarter of 2010.

“Time Voyager is a Singapore-based company with the founding and pioneering team hailing from Singapore, Taiwan & China who collectively have deep domain expertise in software development, information technology solutions and project consultancy.The company is currently working on a large-scale 3D Massively Multiplayer Online Role-Playing Game (MMORPG) titled “PROJECT A”, which is estimated to have a operational lifespan of 8 years once commercial launched. After “PROJECT A” achieves Closed Beta stage (scheduled for 4th Quarter 2010), the development team will embark on the second project. The core development team members have an average of between 8 to 15 years of experience developing online games, animation, software, game publishing and operational management. Present development staff strength is at 50 as of Mid 2010.” (source)