Resident Evil creator Shinji Mikami’s studio, Tango Gameworks, will be joining western game studios Bethesda and id Software at ZeniMax Media. Zenimax has announced that Mikami will develop titles to be published under the Bethesda name. Mikami will continue running Tango’s business operations, as well as serving as creative lead on its games. 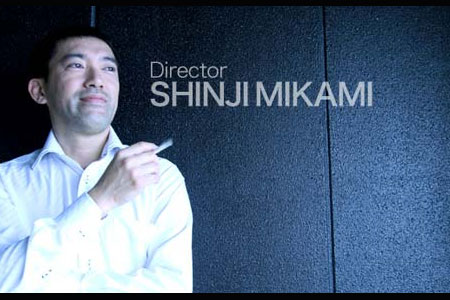 “It’s refreshing to find a publisher who understands, trusts, and supports the development of blockbuster games and works to make it a collaborative effort,” Mikami said of the announcement. “The library of AAA franchise titles ZeniMax owns speaks for itself. We are very excited to be joining ZeniMax and working with a company that is dedicated to creating the best games ever made.”

Shinji Mikami’s next game may very well use id Software developed technology, as the company has made it recently clear that “id Tech 5” — which is being used in the upcoming shooter Rage — would be used by other Zenimax studios. When Mikami announced his studio back in March, he said that Tango had not yet decided on its first title, and that Tango’s first game would not be released for “about three years.” Looks like the way to go these days is for western game studios to partner with creative japanese game designers. We’ll see how this turns out.