Atlus has just announced that 1999 PlayStation classic Persona 2: Innocent Sin is getting the remake/enhanced port treatment on the PSP. According to Atlus, Persona 2 PSP is already 90% finished and will see Japanese release this Winter. Hopefully western english users dont have to wait long for the english version. 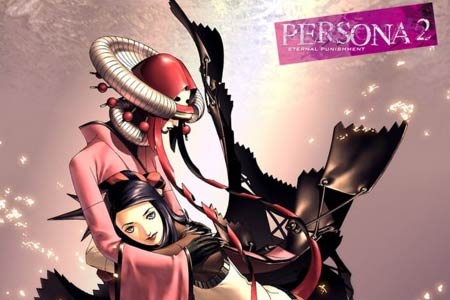 Persona 2 Director Shouji Meguro was interviewed in Weekly Famitsu and he revealed some major changes for the game outside of the expected update to wide screen output. The game is seeing all new illustration work from character designer Shigenori Soejima and over 100 arranged songs. Players will be able to select between original and arranged versions of the music.

On the gameplay front, the battle system is based off Eternal Punishment, the second chapter in the Persona 2 story (EP is the version of Persona 2 that was released outside of Japan). The difficulty and balance are seeing adjustments for modern players. Going along with the change to wide screen, the game’s interface is being updated to make for a more user friendly experience, with party status and a mini map now shown on the field screen, and a visual display of party member movement order during battle.