Atari and Cryptic Studios has announced that their superhero MMORPG Champions Online will be follow the Free to Play MMORPG model starting 2011. I played Champions Online when it came out and while it was fun, gameplay issues and grinding forced me out just after a few months. By adopting the Free to play model, it looks like Cryptic and Atari is trying to save this superhero MMORPG by following how Asian MMORPGs operate. 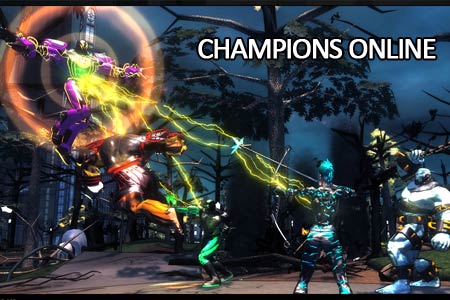 While existing Champions Online players can continue subscribing as Gold members, those opting for free-to-play can purchase premium content including adventure packs, items, powers and costume pieces from the game’s C-Store. Atari and developer Cryptic Studios are offering the chance for new players to upgrade to Gold status too, unlocking most additional content and extra features.

John Needham, CEO of Cryptic Studios, says: “Transitioning Champions Online to the free-to-play model is a great opportunity to reach a whole new audience of PC gamers that view subscription fees as a barrier to entry. By taking care of our current subscription-based community and welcoming the addition of new players through free-to-play, Champions Online is poised to build upon its success and to establish a new leadership position as the first free-to-play superhero MMO.”