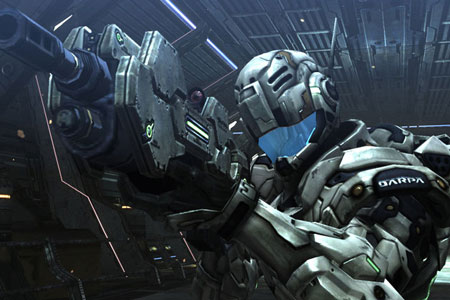 Vanquish features a “high-tension” battle system is slated for the PlayStation 3 and Xbox 360 and scheduled winter release, at least in Japan. Vanquish has just about everything you’d need from a current generation shooter: bad-ass armor, big guns and plenty of sparks. Throw in some fast paced punchy-kicky melee combat and you might have the next great action game from Platinum.