The founders of MySpace, namely Chris DeWolfe, Colin Digiaro and Aber Whitcomb, have announced a partnership with Austin Ventures to buy social gaming platform MindJolt. MindJolt currently has over 20 million monthly active users on Mindjolt.com, Facebook and other social sites, and aggregates 1300 casual games on the web.

“MindJolt has quickly become an ‘onramp’ to the Internet for the world’s independent game developers,” said Chris DeWolfe, CEO of MindJolt and former CEO of MySpace. 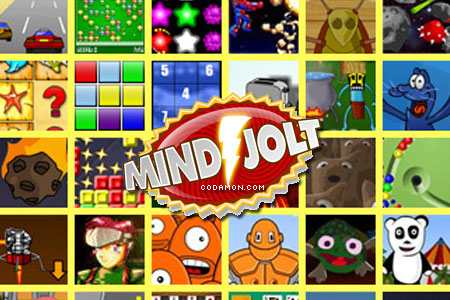 “We’re building out the company to become the next generation platform for game developers. Our goal is to make it even easier for developers to get their games noticed and make more money from their work. At the same time we will deliver the most social and viral gaming experiences to our millions of users everywhere. We’ve always backed great management teams and great companies,” said Chris Pacitti, general partner of Austin Ventures. “A partnership with the MySpace founders is a rare opportunity and MindJolt is a company with the right scale, momentum, and market position to succeed.”

MindJolt says that over 1000 developers use its applications to reach audiences on multiple social sites, including Facebook, MySpace, Bebo, hi5 and Orkut, with the company intent on “levelling the playing field” for independent developers.

“Independent game developers have always been the lifeblood of MindJolt,” added Richard Fields, founder of Mindjolt.

“We’ve done a great job of connecting with the independent casual game community and we’re looking to expand our efforts to social game developers as well. The new MindJolt team is united on its vision to empower game developers of every size to build their businesses. We now have the resources to extend our product vision and build what they’re asking us for.”