Turbine’s MMORPG Dungeons & Dragons Online: Eberron Unlimited has reportedly passed one million players since launching in September 2009. Not surprisingly, DDO revenues are up 500% since the game shifted a free-to-play model. Dungeons and Dragons Online was subscription based until September last year, when a game upgrade opened up a free to play mode. 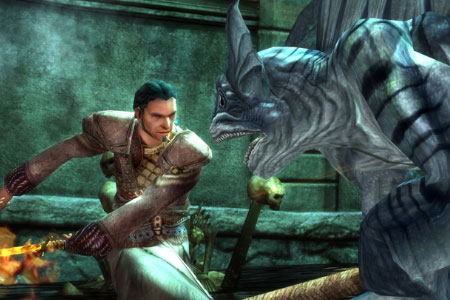 “The response from players to DDO Unlimited has been nothing short of phenomenal,” offered Jim Crowley, president of Turbine. “We’ve known all along how great this game is and by implementing an innovative new model that put the players in charge of how they pay and play DDO Unlimited, we’ve successfully expanded our reach and injected new energy into the game.”

The sale of content through microtransactions in Turbine’s digital store are three times the industry average, according to the developer.

“As we celebrate our 4th birthday, the game has never been better and we’re just getting started with more adventure packs, more store items, and other innovative features coming in the major updates we have planned throughout 2010.”