Independent developer 3G Studios has announced that it’s working on Brave Arms, a “social shooter” that will be released exclusively on Facebook. OMFG. 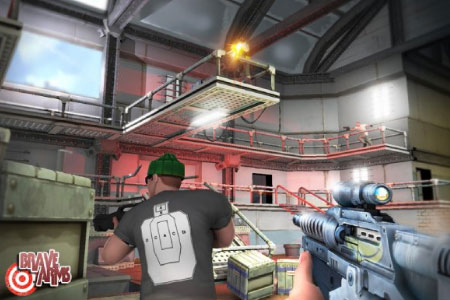 This Facebook FPS shooter will allow players to create and customize their personal avatars, then play against friends in 3D environments while earning points while playing, which they can spend at an in-game store. Brave Arms reminds me of EA’s web based shooter Battlefield Heroes and Quake Live. 3G Studios invites gamers to visit its Facebook page and reserve their name for an upcoming public beta.

Based in Reno, NV and founded in 2006, 3G studios has released several titles on home consoles, handhelds, and iPhone. Some of its games include Jillian Michaels’ Fitness Ultimatum 2009 for Wii, SWAT: Target Liberty for the PSP, and Zombeat and The Deep for iPhone. Sure, not the biggest selling titles in the world but they might have something really interesting going on with Brave Arms.

“Our new title, Brave Arms, will bring First-Person Shooter games to the masses,” says 3G Studios CEO James Kosta. “It’s about fast-paced action and either competing against or forming teams with your friends. We want people to feel empowered and to share in a real video game experience.”