Speaking to Bloomberg Television, EA Sports head Peter Moore said his division will soon introduce a version of its Madden NFL game to Facebook users, saying it is essential that the football simulation be made more accessible. First Civilization Network then a made for facebook FPS game and now Madden? Facebook has really hit the big time with beloved gaming franchises coming to the platform. 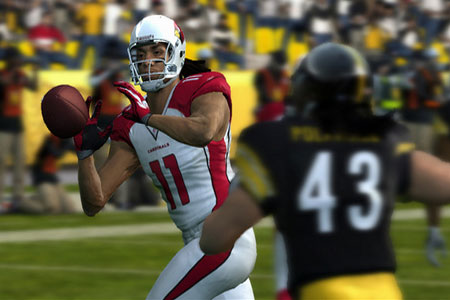 Moore told Bloomberg that a Facebook Madden would deliver a “simpler experience” than the console game. Following up with a spokesman, EA said that an official announcement date or release window has yet to be decided.

Games on Facebook are free to play but monetized through microtransactions and advertising. EA Sports has also just recently announced betas for two online sports sims, Tiger Woods PGA Tour Online and FIFA Online, both of which will run under a subscription-based model when they go to full release.