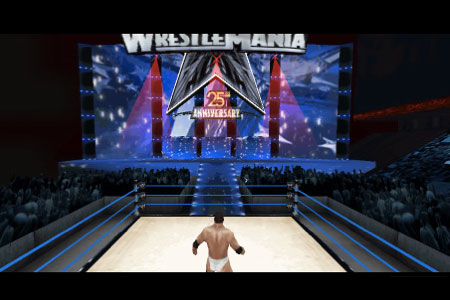 WWE Smackdown vs Raw on the Apple iPhone allows you to pit your own fictional wrestler against eleven actual WWE wrestlers, or control one of those celebrity personalities in exhibition matches. Here’s hoping that the control scheme is well thought of and executed.