Shigeru Miyamoto, Nintendo’s Senior Managing Director and EAD General Manager, responds to a question posed by the Official UK Nintendo Magazine on whether the prospect of a Super Mario MMOG was even considered. While fascinating and intriguing given the EAD’s talent, i have doubts on the feasibility of this move to move mario out of the platformers/adventure game he currently has mastery over. It’s one thing to play as or control Mario and Lugi, but I dont think i want to roam around as a nameless koopa/plumber in an MMO (although the Koopa part may actually be more fun than i initially thought it would be). 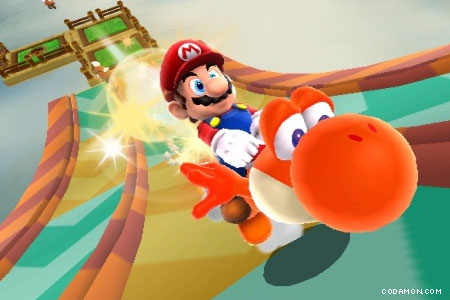 “You’ll have to wait a minute – he’s just drawing at the moment”, a Nintendo PR lady kindly informs us as we wait anxiously to interview one of videogaming’s genuine superstars. Five minutes later, a Nintendo of Europe executive emerges with a signed sketch of a group of Pikmin, grinning broadly. Shigeru Miyamoto provokes that kind of giddy, childlike response even among seasoned professionals. It’s not often you get the opportunity to sit down and enjoy a conversation with a true games industry legend, but back in November we were lucky enough to be granted an exclusive audience with Shigeru Miyamoto himself.

An incredibly plush suite in the Four Seasons hotel in Paris was a suitably salubrious setting – a place where a simple club sandwich can set you back a wallet-busting 43 Euros, which the unassuming Miyamoto himself was clearly as impressed by as we were. Over the next 45 minutes or so, we covered a wide range of topics with the great man, the results of which you can enjoy below…

ONM: Recently, you said that you’ve wanted to create a multiplayer Mario game for 15 years. Why did it take so long to come to fruition?

Shigeru Miyamoto: We’ve been experimenting with many different approaches over the years. As a result, through trial and error, we realised we finally had the know-how to create a multiplayer mode. But the biggest change was the availability of the technology within the Wii hardware.

Before then, it was not actually possible. It’s quite a technical thing you are talking about – to enable multiplayer mode in one fixed screen like in Super Mario Bros – and we really had a great many challenges to overcome. For example, when there are multiple players appearing on one screen, if somebody is late to catch up, then naturally without zooming out the total visible area of the screen, then that player might get left out. They would be off the screen and would not be able to play. And because each character is moving with their own AI, it required a great deal of processing power and that was provided by the Wii.