Champions Online just finished it’s Open Beta testing a few days ago and i was able to get in by preordering the game via Direct2Drive. Champions Online is developed by Cryptic Studios, creators of City of Heroes and Villains, and is a superhero MMORPG. 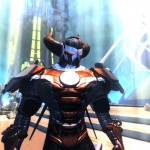 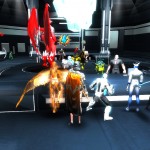 Read on for what i liked, what i hated and what needs improvement in Champions Online.

What i liked about Champions Online:

What i hated about Champions Online:

Final impressions and recommendations: If you’re a fan of the superhero mmorpg genre or simply want to play as your very own superhero then Champions Online is your best ticket to enjoyment. It is still rough around the edges and needs a patch or two to be really awesome but the game has it’s heart in the right place. The subscription fees will scare off most freeloaders but that doesn’t guarantee a nice or non whiny community. Cryptic as a developer needs a few more months, they did some good things but were doused with some boneheaded decisions.

For those still playing other games such as World of Warcraft or other new MMOs like Crimecraft or Aion, you might wanna wait after a month or so before moving as you might get a better version of the game by then.

Dont expect a revolutionary game from Champions Online. But if you’re itching to see how your dual gun toting, force powered assasin fares against regenerating supernatural warriors then better get your suit on and sign up for Champions Online.