Combat Arms is a free to play multiplayer first-person shooter developed by South Korea based developer Doobic Studios and published by Nexon. Combat Arms is built on Valve’s Source engine, which scales depending on your PCs specs, and has over 2 million users as of February 2009. Some of its features include weapon and character customization, a ton of multiplayer modes, a clan system and its free to play! You have to see Combat Arms’ new Quarantine Mode, think Left 4 Dead but with mutated soldiers. 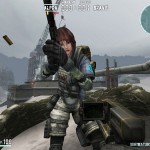 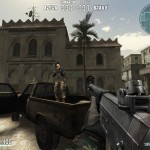