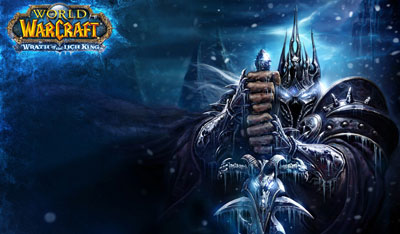 WoW’s Lead Producer, J Allen Brack, has said in a comment that World of Warcraft will be getting a incremental graphics overhaul in the next expansion, Wrath of the Lich King. World of War has contacted Mr. Brack for more information and here’s what they got:

First off, we do have some graphics updates coming with Wrath of the Lich King, namely in three areas: shadow system, shader technology, and view distance. The shadow system will greatly improve the look of existing shadows, and players will be able to display both character and structure shadows. The new shader technology we’ve implemented enables the team to create even better looking terrain, as well as some cool ice effects. And, the view distance has been increased, so players will be able to see farther than ever before in Northrend.

Right now our focus is on collecting beta feedback and getting Wrath of the Lich King ready to go for launch, so we’re not ready at this point to talk about specific plans for future expansions. However, it’s important to note that in general we’re taking an iterative, organic approach to graphics upgrades, going feature by feature as opposed to thinking in terms of an overall “new graphics engine.” For example, we’ve discussed plans for new visuals for water, but this would be for a future content update or expansion. We also have other ideas for technical and visual improvements, but these would be for future updates/expansions as well.