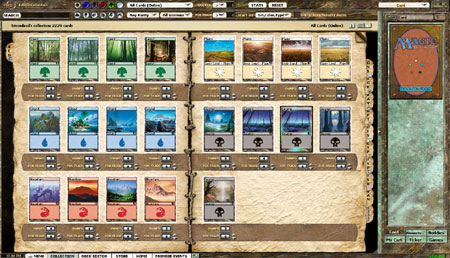 Magic: The Gathering Online (MTGO) is up and running after numerous delays in its release and looks stable from my end. 8 Player Drafts and Casual play are already being being used by players yet leagues are still to be implemented. But while i love casual play and 8 player drafts, there’s nothing like real pulse pounding competition against the best in the online game. I’m hoping Wizards of the Coast patches in the leagues and events in ASAP.

1 thought on “Magic Online v3 up, Drafts and Casual only, no Leagues”