The Dark Knight movie makes a surprise teaser showing at the ongoing New York Comic Con, with the Joker again stealing the show. 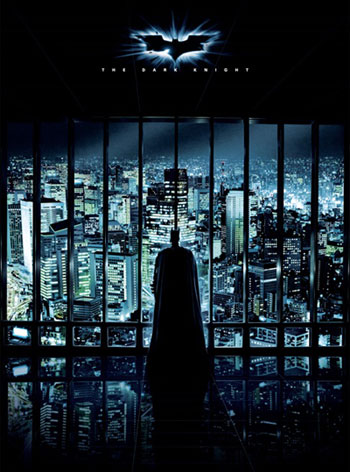 It wasn’t on the panel lineup. It wasn’t advertised. It wasn’t supposed to be here. But the fact that Warner Bros didn’t signal a new trailer for the Dark Knight was going to be in New York didn’t stop the company from surprising attendees just prior to their presentation for The Spirit (check back with IGN later in the day for details on that panel).

Paul Levitz, President of DC Comics, came out just after Marvel’s Incredible Hulk panel ended to address the attendees. Due to a packed schedule he wasn’t able to say too much, but kicked off the first new footage for Christopher Nolan’s eagerly anticipated sequel. This is the first time footage from the film has been shown since the IMAX footage and trailer debuted. Levitz noted that this particular trailer was set to debut “in a couple weeks.”

Images were flying fast and furious, but here are some of our quick impressions.

The trailer repurposed some older clips, remixing them into something that seemed more plot-centric than the Joker centered piece from last time. Extended sequences featuring Rachel Dawes meeting the Clown Prince of Crime were shown, and attendees also caught more of a glimpse of what appears to be a love triangle/feud that develops between Bruce Wayne, Harvey Dent and Dawes.

While Two Face was entirely absent, a couple hints were dropped about Dent’s dark future. As usual, the Joker was the star of the show. A significant portion of the trailer featured Heath Ledger’s much-hyped performance. The trailer revealed what appeared to be the genesis of Joker’s rise to power in Gotham, with him meeting with a group of people (the mob?), saying the answer to their problems is to kill Batman. That segued into the amazing sequence from the first trailer where Batman and the Joker have a showdown in the middle of the streets.

Our opinion of what we saw? It’s more of the jaw-dropping, drool-inducing stuff we’ve seen throughout the past year. In a way we weren’t as blown away by this trailer as the first because we pretty much just want to see the movie. We don’t want any more teasers or glimpses. We know Ledger’s Joker is breathtaking. Simply put, we just want to see what has easily become our most anticipated film of the year. (And just so you don’t rush to conclusions, what we saw was still impressive.)

In a couple weeks, all will be revealed. Keep an eye out for the new trailer, particularly through the Warner Bros viral campaign. Levitz mentioned something to the effect of finding hints and clues to see the trailer again.