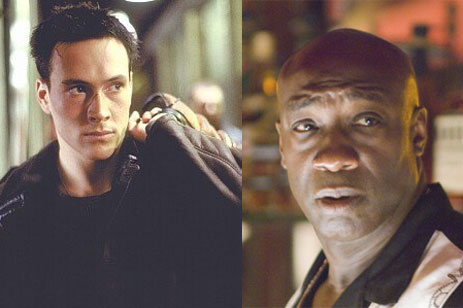 Via Kotaku: And so the cast for the upcoming movie Street Fighter: The Legend of Chun Li begins to round out! Stars Michael Clarke Duncan and Chris Klein, and Rick Yune will be joining Smallville’s Kristin Kreuk as Chun Li. Duncan, who you may remember as Kingpin from Daredevil (ugh) will be playing the part of Balrog, who doesn’t know how to kick.

The unnaturally pretty Chris Klein will be playing Nash, which is the original Japanese name for Guile’s war buddy Charlie. In the role of the elderly master assassin Gen who trained Chun Li briefly in her youth will be Rick Yun, who I remember as Johnny Tran in The Fast and the Furious, and who is also playing Edward Carnby in Alone in the Dark II (double ugh.) Rounding out the cast is Journeyman’s Moon Bloodgood (hopefully Cammy!), the Black Eyed Peas’ Taboo (maybe Dee Jay?), Singapore’s Edmund Chen (possible Ryu?), and Hong Kong star Cheng Pei Pei – Jade Fox from Crouching Tiger, Hidden Dragon. The filmmakers are still searching for the perfect Bison. Unfortunately he died fourteen years ago.