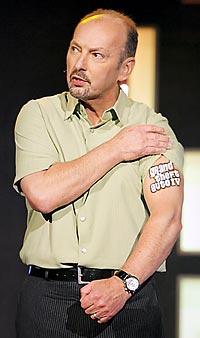 Peter Moore leaves Microsoft to head EA’s Sports Division. Definitely, a huge loss for Microsoft. Question is: What EA Sports game will be tattooed on his arms? So long Peter, Good luck on your new job. Oh, kick some ass and make NBA Live something worthwhile to play while you’re at EA. Thanks.

Peter Moore, who joined Microsoft in 2003 to oversee their gaming consoles, previously was the President and COO of SEGA of America, and helped launch the Dreamcast in 1999. However, apart from his experience in the gaming industry, Moore also has an extensive sports background, as both a Senior Vice President of marketing at Reebok International Ltd.and as the President of Patrick USA, the United States subsidiary of a French sportswear company.