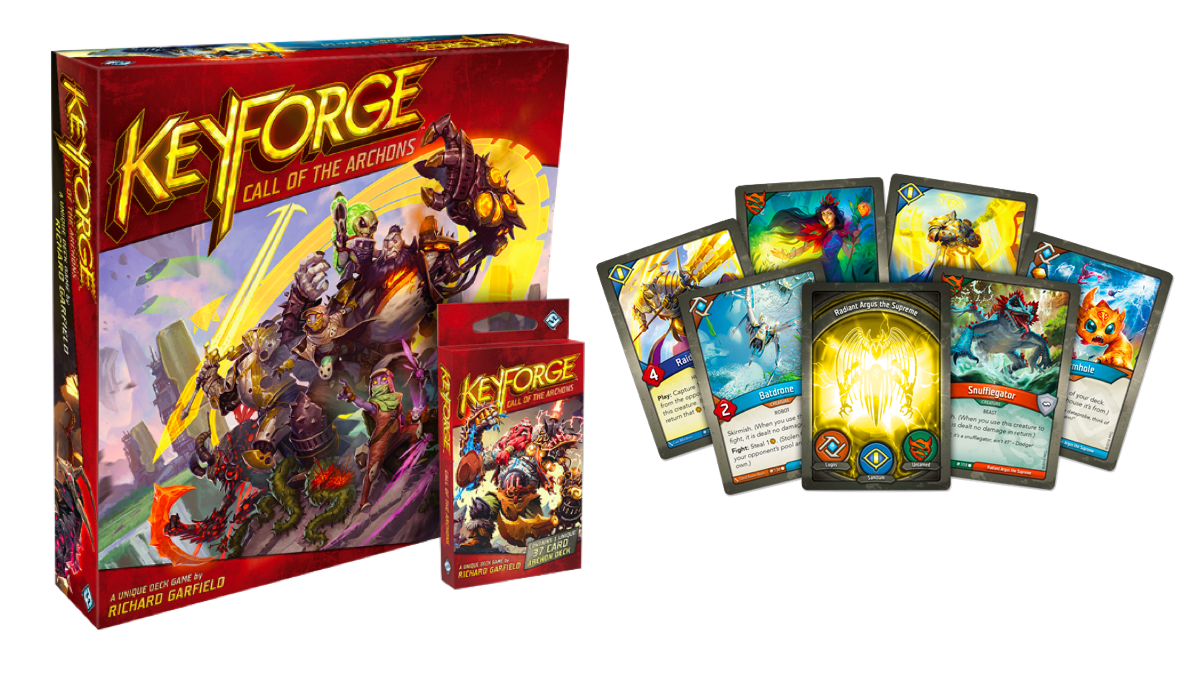 Today, November 15, is the global launch date for Keyforge: Call of the Archons, a new unique deck card game from Magic: the Gathering creator Richard Garfield and Fantasy Flight Games.
My friends and I snagged some 10$ randomized pre-constructed decks at our local game shop here in the Philippines and have attempted to get started on the game.

As some of you might know, I am a longtime Magic player (since 2004) and I am excited for this game due to a few things:

– I like the idea that every deck is unique, and most of the time, your skill and how you play what you have been dealt with will determine the outcome of a game.
– It doesn’t take itself too seriously, even poking some fun at Magic in some of the card quotes.
– I like the artwork, for some reason it reminds me of the old Warcraft CCG and stylish than being realistic
– The game mechanics are fantastic, easy to understand yet when taken together form much more complex dynamics, not a surprise since Mr. Garfield has proven that many times in the past on his game designs.
– For current organized and casual play, you dont build decks around power cards, you try and figure out the optimal way to play your deck and forge keystones.
– It doesn’t feel as aggressive as Magic where you need to defeat your opponent, but rather both players trying to outsmart and hinder another from reaching their goal.
– Keyforge: Call of the Archons has unique randomized card backs and names for each Archon (deck), leading to some hilarious and sometimes, distateful, names.
– There is a much more “sense” of exploration, granted this is launch day but you feel like each new person you play with will have new cards and decks that do all sorts of crazy things.

I have always liked to play new board and card games and experience new game mechanics, Keyforge: Call of the Archons looks fantastic, seems simple but is actually quite complex to master and gives me that exciting sense of the meta not being “solved” yet. Some people are already trying to get decks which they feel are much superior to others, while i prefer to play something more thematic and weird. If you are into card or board games, I highly recommend you check out Keyforge, lots of introduction videos are on youtube to get you up to speed on the rules and mechanics of the game.