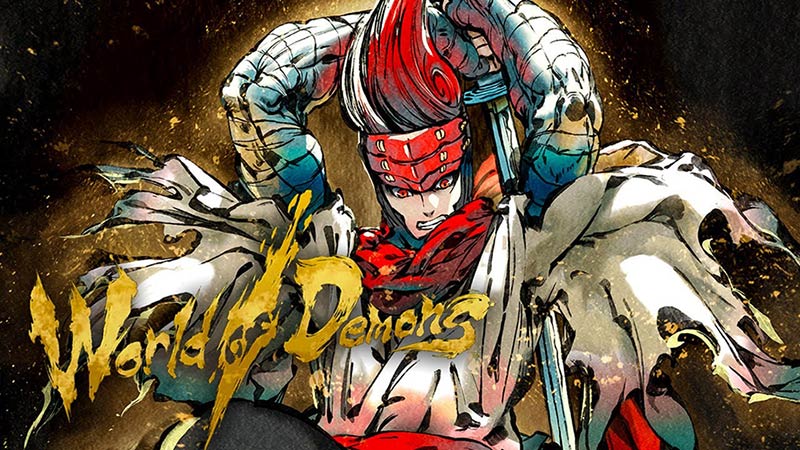 Bayonetta and Nier:Automata Developer Platinum Games and Mobile entertainment giant Dena have joined forces to soft launch their new mobile game World of Demons on the SouthEast Asian iOS App Store. World of Demons is a Japanese Mythology based action RPG which features Samurai action, Item Crafting, Yokai Gacha collecting and stage based battles against various Oni. The biggest thing that stands out though about World of Demons is the art style, which is inspired by traditional Japanese ink paintings. If you’re familiar with the video game Okami, then you have a general idea on the aesthetic.

The soft launch allows players in the Philippines, Singapore, and Malaysia access to the full version game, while the rest of the world will be able to play World of Demons later this year. Yes, it is FREE TO PLAY but expect some IAPS though which is pretty normal at this point for mobile games. The game will come out for iOS and Android devices and supports IOS 9 and greater running on iPhone 6 and above (not all devices supported).

More from the Developer:

Platinum Games is proud to announce our latest project: World of Demons! We’re working together with renowned mobile publisher DeNA to bring the authentic action game experience you’ve come to expect from us to your mobile devices. Set in the world of Japanese folklore, World of Demons pits you and your Samurai warriors against a menagerie of monsters called Yokai. A stunning visual style inspired by traditional Japanese ink painting and woodblock prints brings these Yokai – some big, some small; some funny, some ferocious – to life.

In our first mobile title, we’re putting everything you love about Platinum Games right in your pocket, from responsive dodging and parrying to sword-based combo attacks and exciting finishing moves. Controls built from the ground up for touchscreen devices put you in command of a powerful Samurai. As you play, you’ll collect an army of trusted Yokai Minions you can call on for support while you fight. Choose and upgrade your Samurai, weapons and Yokai Minions and take on the most fiendish foes Japanese folklore has to offer with a combat style of your own!