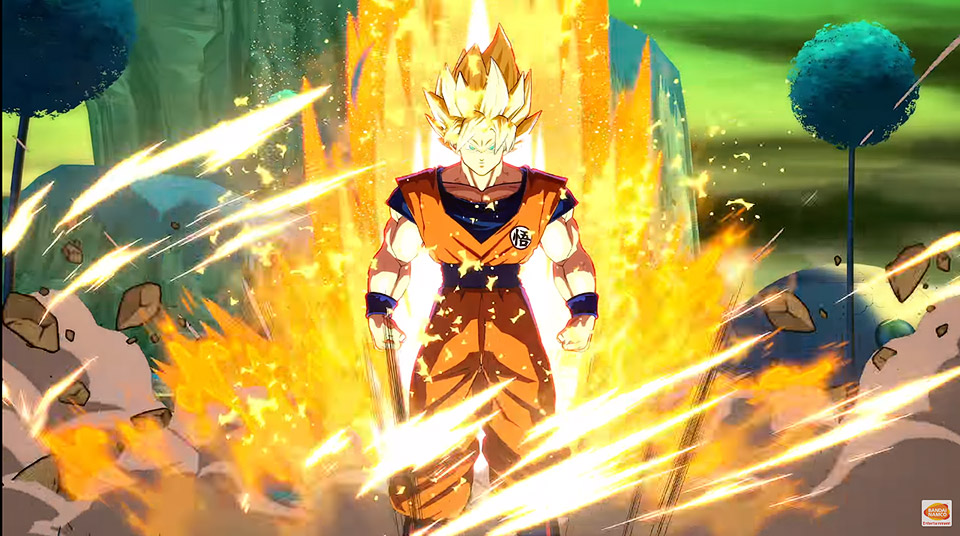 Bandai Namco Entertainment surprised the E3 2017 audience when they debuted their newest Dragon Ball fighter: Dragon Ball FighterZ at Microsoft’s E3 2017 keynote. What has been immediately noticeable are the gorgeous cel-shaded graphics running on high resolution.

The E3 video shows Goku going Super Saiyan and some gameplay action on the Xbox One X (aka Scorpio). The graphics are 2.5D but are rendered beautifully, it’s like the actual cartoon but with a higher framerate. Some of the confirmed characters as shown in the video are: Goku, Frieza, Teen Gohan, Cell, Vegeta, and Majin Buu. I hope they update this with a Dragon Ball Super pack so we can get the female Super Saiyans like Kale and Caulifa plus the other universes’ heroes as well.

Note that the development team behind this title is Arc System Works, the same team behind Dragon Ball Z: Extreme Butoden for the Nintendo 3DS.

Don’t worry, PS4 and PC DBZ fans – Dragon Ball FighterZ will also be coming to the PS4 and the PC although the release date is still next year in 2018.