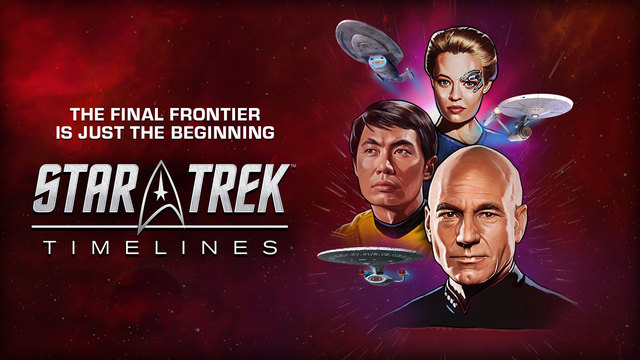 From the developers of Game of Thrones Ascent comes Star Trek Timelines, a mobile game where you get to assemble a crew from hundreds of Star Trek characters from the Original Series, The Next Generation, Deep Space Nine, Voyager, and Enterprise. I have always been a fan of Star Trek ever since TNG was aired over PTV4 during the 90s, it was so unlike Star Wars but that’s another post entirely, so i had to give this game a go.

The gist of the game is a temporal anomaly has taken place and it has mixed up all the timelines of our favorite Trek shows, this allows the designers to allow us to play with different versions of our favorite Trek Characters. Gameplay is similar to typical mobile card based games where you open packs of characters and you build your own team based on what you get. You will need to get characters with different traits and abilities as each mission has different requirements to fulfill to complete. Some missions take you into Ship to Ship combat which is mostly automatic but you can choose when to use a Characters ability.

Jon De Lancie (Q) is enjoyable as the game’s narrator, adding to the game’s superb audio which captures all of the signature trek audio. The developers weren’t joking when they said play this with your speakers on.

I wish the game design breaks more new grounds than simply rehashing old mobile game mechanics though. All in all, i would recommend this to Star Trek fans like me but if you’re looking for a groundbreaking game or something new. I have already built my primary team of Picard, Data and Worf from the Next Generation Crew and looking to match them up with Kirk, Sulu and Spock from the Original Series so I’m already hooked. Hmmm, I also have Seven of Nine in there somewhere…

“These are the Voyages of the Starship Enterprise…”