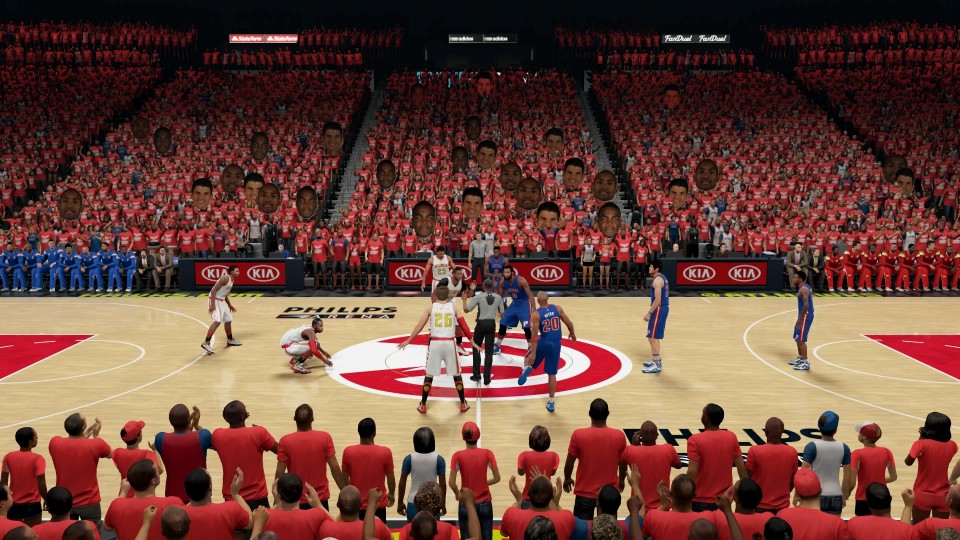 NBA 2K16 has been released early for those who pre-ordered and managed to get my copy for the Playstation 4. As you can imagine my excitement, I rushed to to play all of the game modes as well as online and here’s what i think of 2K’s latest basketball installment:


The Good
– Awesome 60 (mostly) FPS, Animations are smooth and buttery
– Pace and movement has been slowed down a bit, making for more of a sim-like gameplay
– Lots of player faces and signature movement are all improved this year
– The addition of Smart Play, plus the improved AI on offense and defense
– Inclusion of Classic NBA teams, even my fave 2006 Miami Team is here!
– Deeper MyGM and Myteam modes!

The Ok
– Spike Lee’s movie about an up and coming baller integrated into MyCareer was just OK, I mean by the time you get to the 4th movie clip, you will be begging to let the game just let you play the mode
– Managed to play a few online matches via PlayNow with little lag, but one MyTeam online session vs a guy in the US was laggy by a second or so. Played a match with a friend who lives locally and the connection held up with some hiccups in between.
– High School and College Games in My Career – Too small number of games and a bit generic, didn’t feel like playing through it was worth it.
– Shots are harder to make this year, even if you shot them in perfect form.

The Bad
– Not a good entry point for Newbies to NBA 2K. The controls/turorials are so buried beneath the myriad of options, it takes a while to find them.
– Quite a lot of load times on the PS4, SSDs solve this problem on PC.
– Online may still be a problem especially when normal release day comes up.
– As expected, cheesers and run and gunners playing online.

Final Verdict: Highly Recommended for NBA 2K and Videogame Basketball fans but those new to the series might be better off playing first with someone who can teach you the basics right off the bat.
For Parents:NBA 2K16 is highly recommended as a gift for kids/teens/adults who like the NBA and playing basketball in general. While NBA 2K16 is Rated for Everyone by the ESRB, there is some language in the MyCareer mode that might need parental guidance.