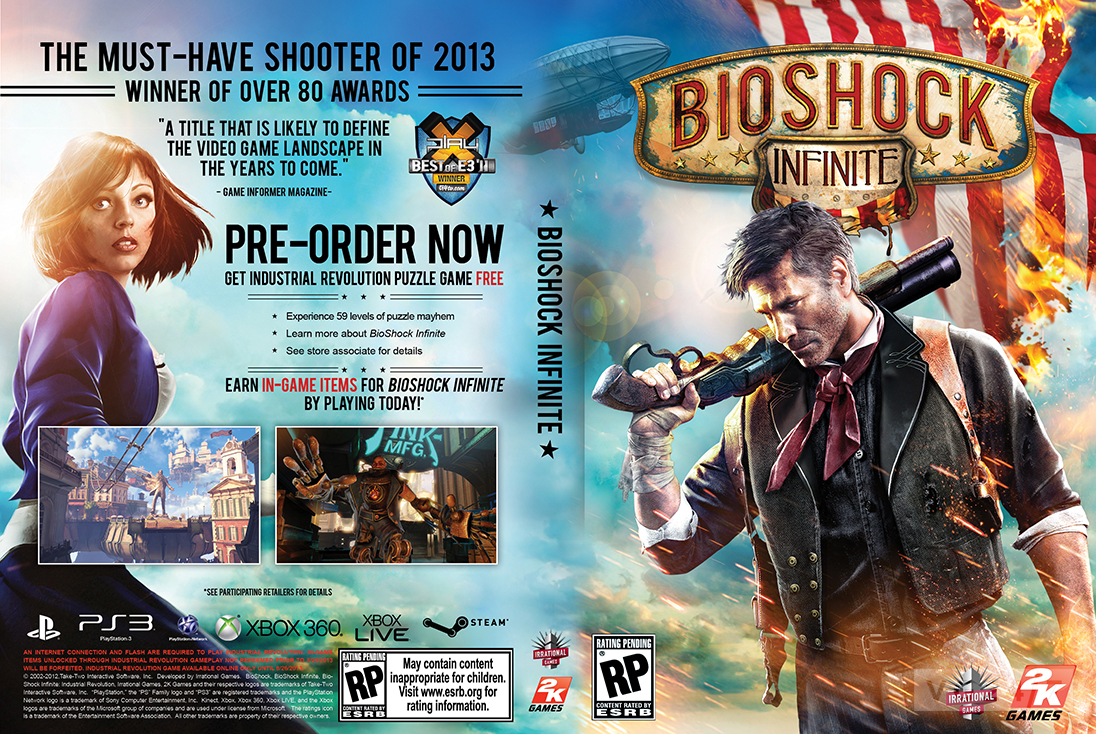 From the creators of classic favorite such as System Shock 2 and Freedom Force, The Bioshock series is one of gaming’s finest series due to masterful morality based storylines and engaging FPS gameplay. The third part in the series, Bioshock Infinite, is now available in the Philippines via X-Play and its partnership with 2K Games who publishes the Bioshock series. Bioshock: Infinite doesn’t continue where Bioshock 2 left off but explores similar themes and gameplay. 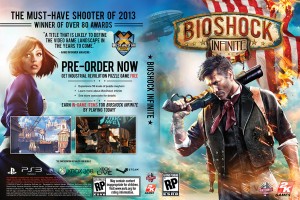 Scheduled to be released tomorrow, March 26, Worldwide, Bioshock infinite promises to live up to its predecessors and be a strong contender for Game of the Year.

Formerly known as Project Icarus, Bioshock Infinite is developed by Irrational Games which promises to be an FPS like no other. The game has won over 75 editorial awards—including the Game Critics Awards’ Best of Show, at E3 2011.

Set in a parallel 1912, the player assumes as former Pinkerton Agent Booker DeWitt. Unlike the watery exploits of past Bioshock games, Booker is sent to a place a lot less claustrophobic, tasked to to retrieve a woman named Elizabeth in the air city Columbia. Things get even more interesting as Booker gets caught between the conflict of two factions, and Elizabeth is at the center of it all.

Using a combo of weapons and psychokinetic powers augmented by Elizabeth’s own strange abilities, players will fight their way past the mysterious Songbird, out of the flying city and ultimately survive Bioshock Infinite.

“We are very excited with our latest FPS offering,” said Ron Aquino, GM of X-Play. “This game definitely offers a refereshing breadth of features that players look for in an FPS game that they cannot find in other titles.”

Ron explains that players get to go through exciting sequences where they fight from high-speed Sky-Lines, in the streets and houses of Columbia, on giant zeppelins, and in the clouds, all the while learning to harness the expanding arsenal of weapons and abilities.

“Bioshock Infinite enables players to immerse in a story that is not only steeped in profound thrills and surprises, but also invests in its characters that will surely set the bar in gaming,” Ron continued.

Be among the first to experience Bioshock Infinite as X-Play accepts pre-orders through its accredited retailers which include:

Each pre-ordered copy entitles players to a FREE soundtrack and gear DLC—all they have to do is provide their contact information to any of the listed retailers, and a DLC code will be sent back via SMS or e-mail. Pre-order offer expires midnight of March 27, 2013.

Premium Edition of Bioshock Infinite is also available for those who want to step up above from the usual editions.

For Players wanting to walk the path of a true collector, the Songbird Edition comes with a rare 9.5 inch statue of Elizabeth’s mysterious and powerful jailer, the Songbird.

Both editions come with exclusive in-game gear as well.

Bioshock Infinite is available at these Prices and Platforms:

For more on Bioshock Infinite go to http://www.bioshockinfinite.com/the-game/

X-play is a video game publisher in the Philippines responsible for the distribution of some of the best entertainment software in the industry. Currently, the company is a partner of Take Two Interactive, and is exclusively distributing games from the 2K line including Bioshock Infinite and NBA 2K13. X-Play is also an exclusive distributor of Blizzard Entertainment, Inc and handles the distribution of all Blizzard games in the Philippines including World of Warcraft, Starcraft II, and Diablo III. Along with its gaming efforts,  X-Play is a strategic partner of philstar.com for NBA.com Philippines. X-Play is a subsidiary of Ip e-Games, a company that brought in such MMORPG hits as Ran Online and Cabal Online.

1 thought on “Bioshock: Infinite to be available in the Philippines!”