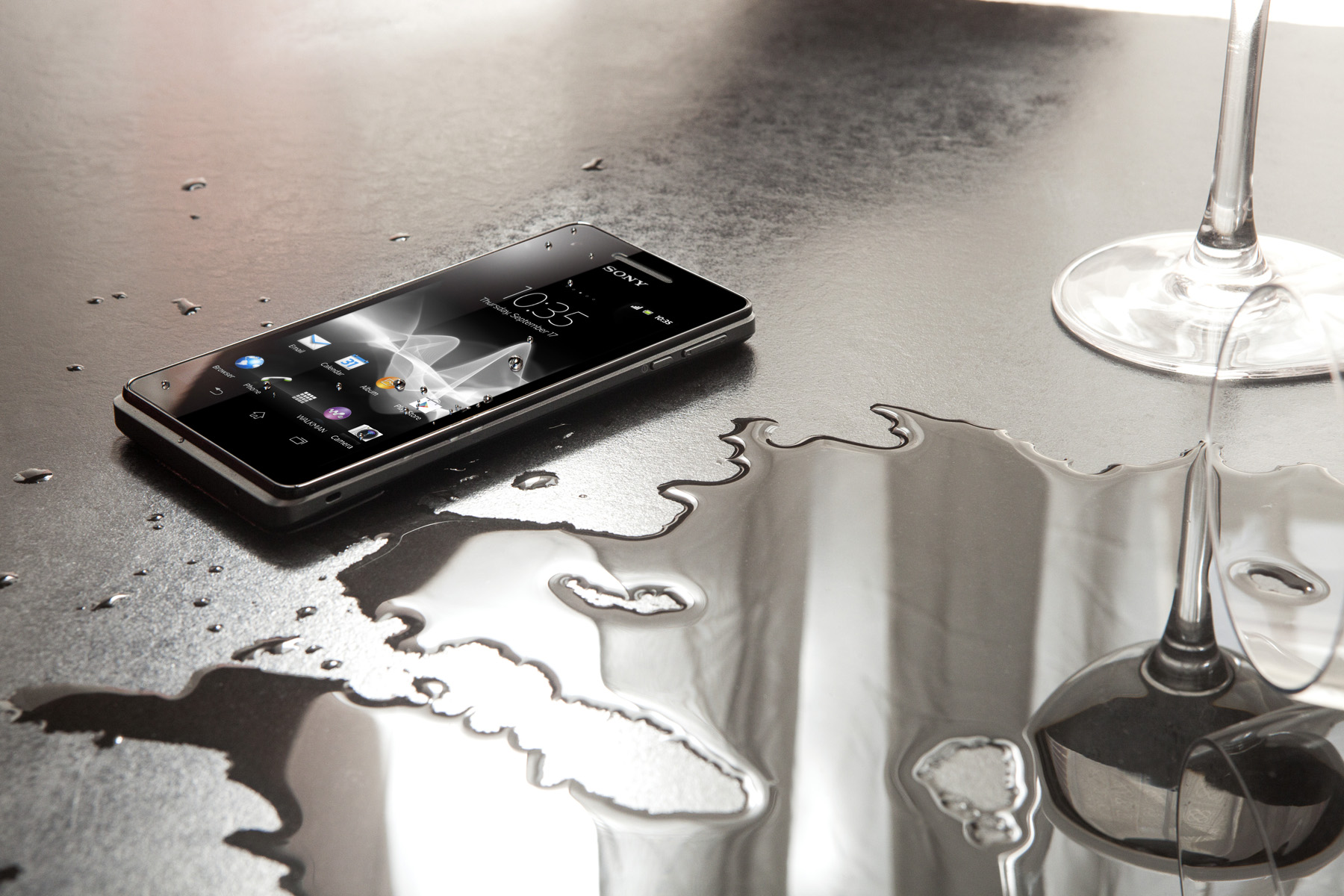 Sony has launched their latest Xperia mobile phone in the Philippines, the dust and water resistant Xperia V, powered by Smart’s LTE broadband service at the Sala Restaurant at the LV Locsin Building in Makati. The Xperia V will be exclusive to Smart until the end of January 2013.

The Xperia V is one of the first LTE smartphones to launch in the Philippines, enabling a turbo-charged experience of the Internet. The smartphone supports download speeds of up to 100 Mbps, perfect for video streaming, online gaming and various downloads in a snap. Users will be able to download apps and huge files in seconds, and enjoy online videos without buffering. As a PlayStation-certified smartphone, the Xperia V further enhances real-time mobile gaming.

“The Xperia V is also the first water-and dust-resistant LTE smartphone to launch worldwide. As our other handset models have shown, water resistance has become a sought-after feature in mobile phones, and Sony has been at the forefront of this trend,” said Patrick Larraga, Head of Mobile Business of Sony Philippines. The Xperia V is now the fourth water-resistant handset from Sony, and is rated at IP55/IP57 based on the international-standard IP Rating Scale.

“Smart is proud to offer a truly unique LTE smartphone in the Philippines, just months after introducing the country’s first commercial LTE service,” said Smart Wireless Consumer Division Head Emmanuel C. Lorenzana. “With help from our partners at Sony, we are one step closer to bringing the power of next-generation mobile Internet into the hands of even more Filipinos,” Lorenzana said.

Through the WALKMAN application, users can activate Sony’s ClearAudio+ mode and enjoy music the way it was meant to be heard. One can also use it to access music their Facebook friends have liked.

As an NFC (near field communication) device, the Xperia V lets users instantaneously access music and photos across other NFC-enabled Sony devices. This “one-touch” wireless connection works without having to pair with another device. The Xperia V, for example, can stream music wirelessly to an NFC-enabled speaker like the upcoming Sony SRS-BTV5.

With such powerful functionality, the Xperia V also comes with Sony’s unique Battery STAMINA Mode, a feature that can increase standby time up to 4 times more. Developed specifically to address consumer demand for longer smartphone battery life, this extended standby mode works intelligently in the background by temporarily disabling WiFi, data traffic and apps when the screen is on sleep mode. Calls, messaging functions and notifications will still work. When the screen is touched again, all functions go back up.

“Battery STAMINA Mode is easy to use and offers more savings than other similar power saving apps today. There are actually no comparable apps on Google Play since they cannot change the Android system. Battery STAMINA Mode is achieved via deeper integration into the Android OS. This allows Xperia V users to enjoy more hours on the fastest LTE connection available,” explained Larraga.

The Xperia V will be available in black and white colors.

Thank you to Mam Jingjing and the rest of the Stratos PR group for inviting me!