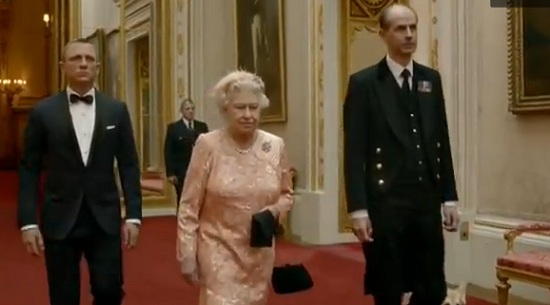 Of course, James Bond will be at the LONDON Olympics! Accompanying Queen Elizabeth herself in a short movie clip for the opening ceremonies of the 2012 London Olympics, James Bond, playeed by british actor Daniel Craig, is treated like a real MI6 agent which is just genius and common sense for these games. Loved the opening videos to the 2012 Olympics, Don’t forget to watch Mr. Bean’s musical foray in a previous video we posted =)