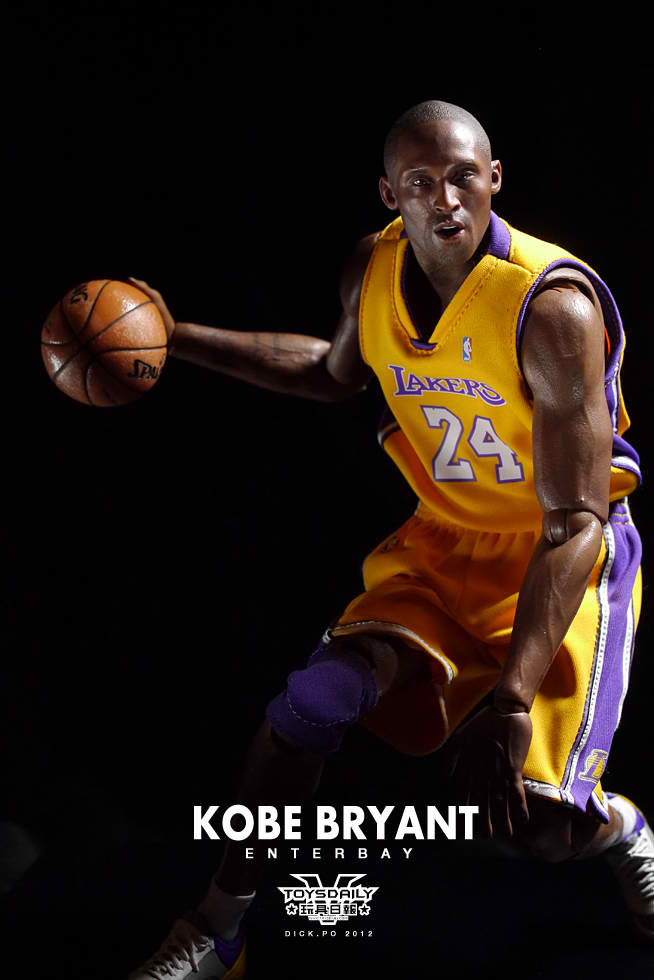 Enterbay has built a reputation for making 1/6 scale figures of properties that perennial industry frontrunner Hot Toys wouldn’t touch. One of these is the NBA, the closest we’ve seen figures of NBA players and of the sport were via Mcfarlane’s l;ine of toys. Thankfully, Enterbay has stepped up and started to make 1/6 figures of NBA players with the first one being 5-time NBA Champion Kobe Bryant of the Los Angeles Lakers.

There are some concerns of the joints/body used by Enterbay but i’m loving those Kobe action shots above. Maybe i’ll get one and pair it with the 1/6 Michael Jordan figure from Enterbay coming in December 2012. =)