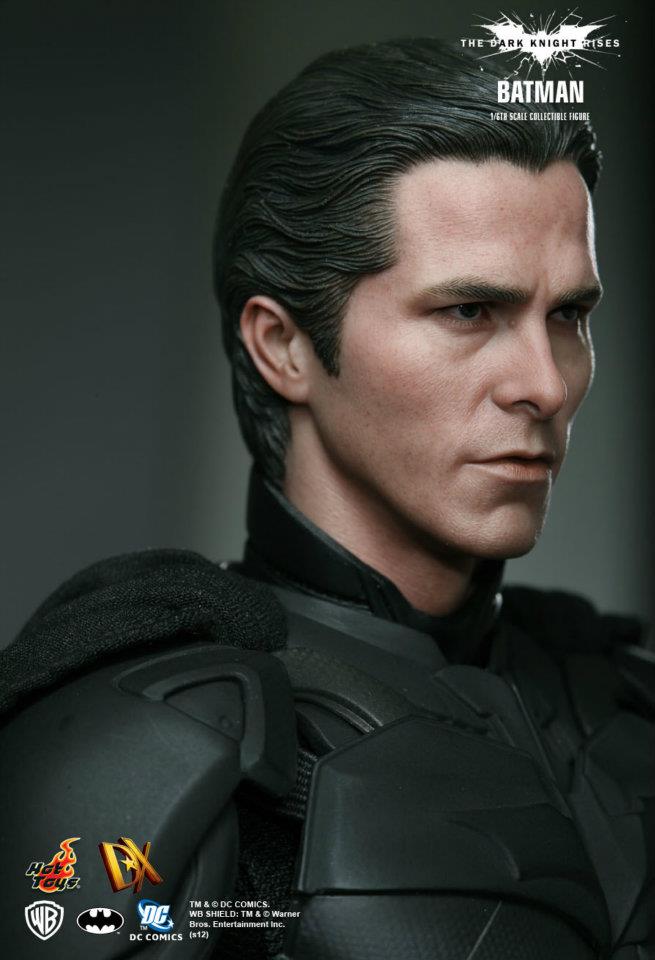 The Batman/ Bruce Wayne collectible is newly developed and highly detailed, specially crafted based on the image of Christian Bale as the iconic character Batman/ Bruce Wayne, highlighting the movie-accurate head sculpt, Parallel Eyeball Rolling System (PERS) on Batman’s head, specially made fabric costume with armor based on the costume design in the movie, weapons and accessories.

I’m definitely pairing this with the HT DX 11 Joker ver 2.0 figure we covered back, i can just imagine the toy shots from both figures together. Preorder in Philippine stores will probably start in the next few weeks. Oh, The Batman: The Dark Knight Rises movie opens very soon so these will be selling like pancakes so it’s best to preorder as early as possible. =)