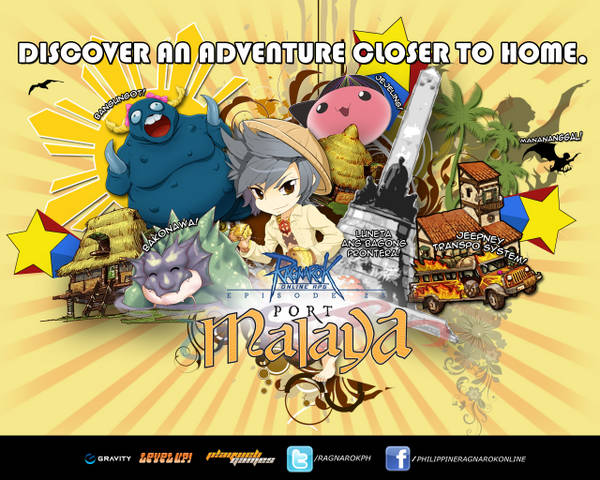 Philippine Ragnarok Online (pRO) goes local this summer as Level Up! unveils the most awaited patch since the game was introduced to Filipinos almost nine years ago. The patch, called Port Malaya, is the first Philippine-themed RO game map featuring myths, legends, places and situations that are all uniquely Pinoy. The patch will be available on May 9 and will be rolled out globally within the next three months. 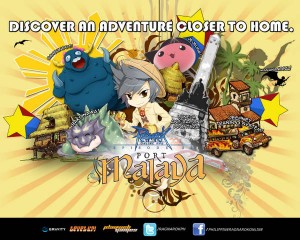 “Port Malaya brings a new world for gamers to explore,” says Roy Inciong, Playweb Games Inc. Brand Group Head and RO1 Senior Brand Manager. “We’re keeping the fun of the game alive in RO and we hope to stoke gamer interest by infusing characters and scenarios that show all these interesting aspects of Philippine culture and beliefs. Something that all pRO players will be familiar with.”

Imagine playing RO and entering a haunted hospital where rest will not come easy unless you defeat the dream monster, “Bangungot.” Expect the fierce-looking but benevolent horse of Filipino folklore, the Tikbalang, to make an appearance and play tricks on those that pass its way. Then there’s the gigantic bat-like creature feared by children in Cebu called “Wak Wak.” According to old folks, the “Wak Wak” has long sharp claws and a pair of wings that make noisy flapping sounds when it flies, hence its name. When one hears the “Wak Wak” loudly, it means it is far. But when it is near, you will hardly hear a sound especially when it is about to attack, using its claws to slash its prey across the chest area to feed on the victim’s heart.

Port Malaya has contemporary characters like the imp called Bungisngis or the playful and sometimes annoying “Jejelings,” inspired by the “Jejemon phenomenon.” There are also references to popular spots in the Philippines like Pagsanjan Falls and Luneta, the new Prontera, where one will meet the amiable Rodel, who drives a jeepney.

Inciong says Level Up! has high hopes for Port Malaya in terms of encouraging more RO players to play the game and attracting new players. “Over the years, RO has been able to keep fresh with regular content updates and strong gamer community involvement. It’s unique because it has managed to retain a solid gamer base in the Philippines ,” he says. “The community has grown so much as well.”

Ragnarok was an instant success in the Philippines when the fantasy MMORPG was launched here in 2003. It didn’t take long before Filipinos wowed the Asian gaming community by displaying the Pinoy penchant for the game. Filipinos all over the country took to the game with its detailed 2D sprites and beautifully animated visuals. RO boosted business for net cafes and was instrumental in paving the ground for an online gaming boom in the country. Local players even placed respectably in RO Worldwide Championship matches.

For more information on how to play and download Philippine Ragnarok Online and experience Port Malaya, visit www.ragnarok.ph or like the RO Facebook page at www.facebook.com/philippineragnarokonline.