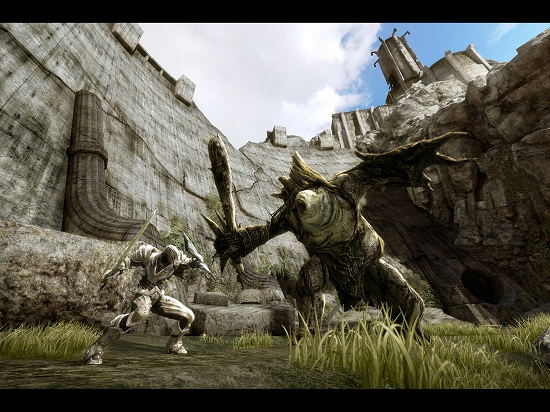 Infinity Blade II: Vault of Tears is the largest free content update to date, featuring a ton of new content and some innovative new social features that allow even more players to get in on the action! Building upon the cooperative ClashMob challenges, players can now earn extra turns and invite their friends, family, and other non-Infinity Blade players to do in-game damage with the power of liking and re-tweeting battle calls – something that hasn’t been done before!

In addition to the new content, Infinity Blade II: Vault of Tears will also delve further into the Infinity Blade story and the mysterious past of Siris as new areas are unlocked and major secrets are revealed.

The following features are included in Thursday’s update:

– Delve further into the mysterious past of Siris, as new areas are unlocked and major secrets are revealed.
– Jump into battle and defeat new enemies! Featuring the Moss Golem, Dark Fiend, Bog Giant, Acolyte, and more.
– New ClashMob features including the ability to participate and do in-game damage via Facebook and Twitter – a gaming first!
– ‘X’ marks the spot! Find your hidden ally and discover secret items and rewards with the all-new Treasure Map feature.
– More than 50 new items, including magic rings, weapons, shields, helmets, as well as armor to collect, master, and sell.
– Additional surprises await you with new Achievements, unique gems to forge, ClashMob updates, more!

Thanks to Laura (ChAIR | Epic Games) for the information!