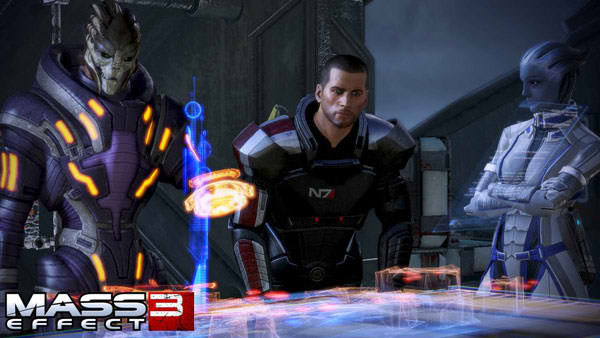 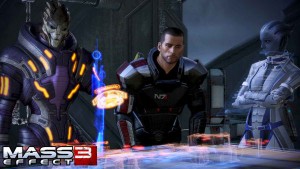 *Possible Spoliers*
The first part of the ME3 demo is probably around the start of ME3 where Shepard has been grounded upon his return to Earth. But the report of unidentified ships entering earth’s solar system has Shepard sensing that the Reapers have come to Humankind’s backyard. After a brief scene with the human version of the Council, the Reapers attack earth and have decimated the human forces. You control Shepard as he goes through a tutorial sequence until he reaches the Normandy and goes off for help.

– The first part of the ME3 demo felt like a Michael Bay film with a lot of explosions and nasty Reapers shown across the players screen, smashing the city to bits.
– the framerate was a bit unstable especially in explosion heavy scenes
– Is it me or is the textures of the ME3 engine look…old? The Witcher 2 had better textures methinks
– Nothing much to do except to get to the Normandy and fight off a dozen or so enemies

The second part of the ME3 demo had Shepard and the rest of the Normandy crew rescue a female Krogan imprisoned at a Salarian science facility. Except the guys at Cerberus have other plans for her as well. Join Liara, Garrus and Wrex as they attempt to rescue the prisoner.

– The second part of the Mass Effect 3 demo was more action packed.
– It felt like this sequence was straight out of ME2 for some reason. I didnt feel it was Mass Effect 3. I’m saying this as a guy who has spent hundreds of hours on the original Mass Effect and Mass Effect 2.
– I still feel like using a mouse and a keyboard would make ME easier
– Textures are still an issue

I liked the Mass Effect 3 demo very much. The problem i had with it is that it felt a lot like the previous Mass Effect games albeit with a new story (not to mention textures and framerate issues. It was still very entertaining and am looking forward to closing the chapter on Shepard’s Story but i am also now ready for something new in the Mass Effect Universe.